A Slice of Paris in the 1930s at Brasserie Gavroche 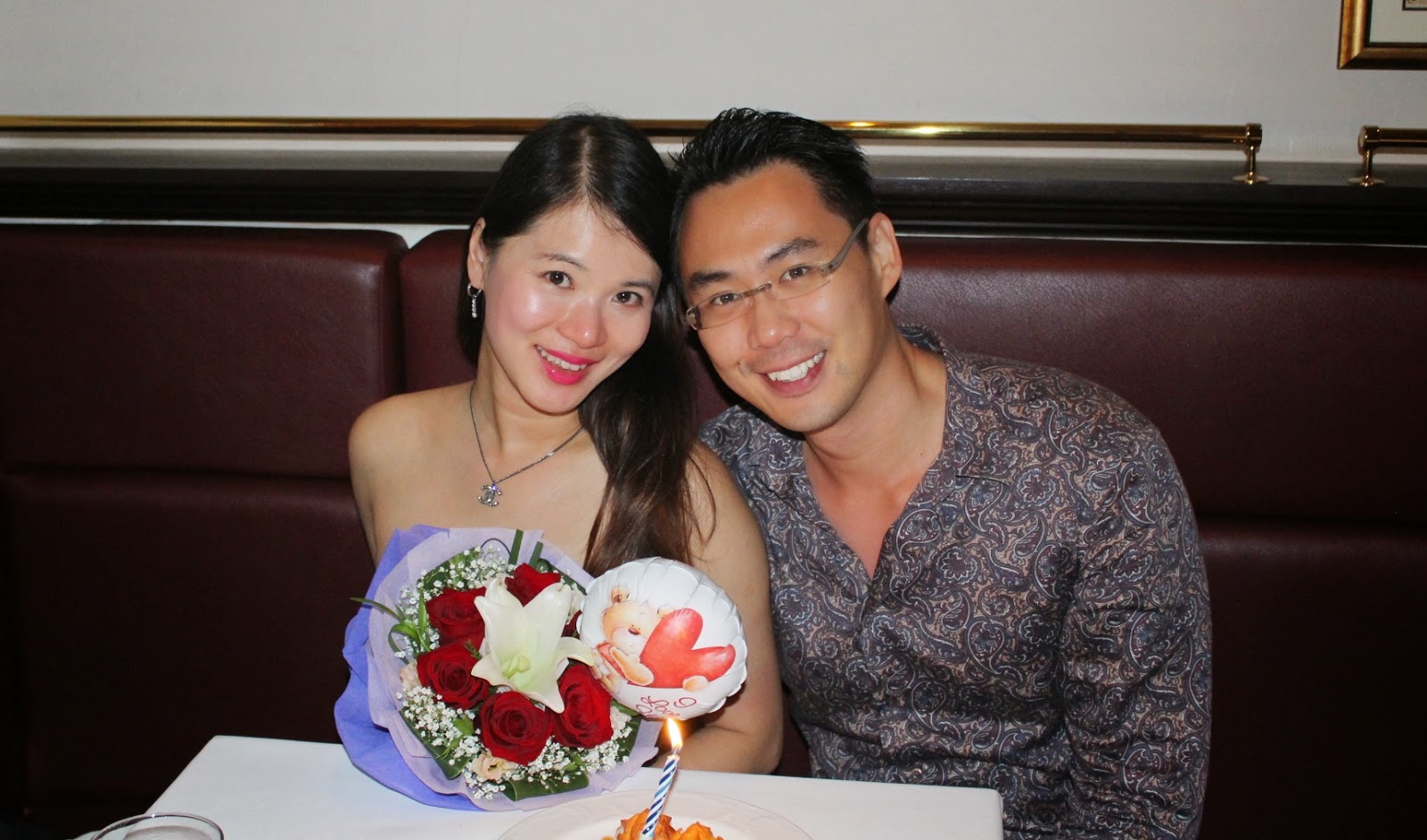 Hubby and me celebrating our third wedding anniversary

Stepping into Brasserie Gavroche is akin to transporting yourself back to Paris in the 1930s. Established in 2012, this quaint French restaurant is helmed by Chef Frédéric Colin, formerly the Executive Chef of St. Regis Singapore. The restaurant which celebrates the quintessential spirit of Paris is renowned for offering wholesome, rustic and authentic French cuisine prepared from the heart. Born in Paris, the dynamic Chef Frédéric spent his formative years in his grandfather, Henri’s restaurant and kitchen, learning the basics of food preparation and through this, he discovered his love for culinary arts.

Over the years, he has honed his skills at many fine restaurants and international hotel chains and finally decided to settle in Singapore to launch his very own restaurant. In celebration of his roots, Chef Frédéric’s menu comprises of a substantial amount of comfort food from his youth prepared using traditional recipes by his grandfather. Fresh, premium ingredients are used to prepare the classic creations. 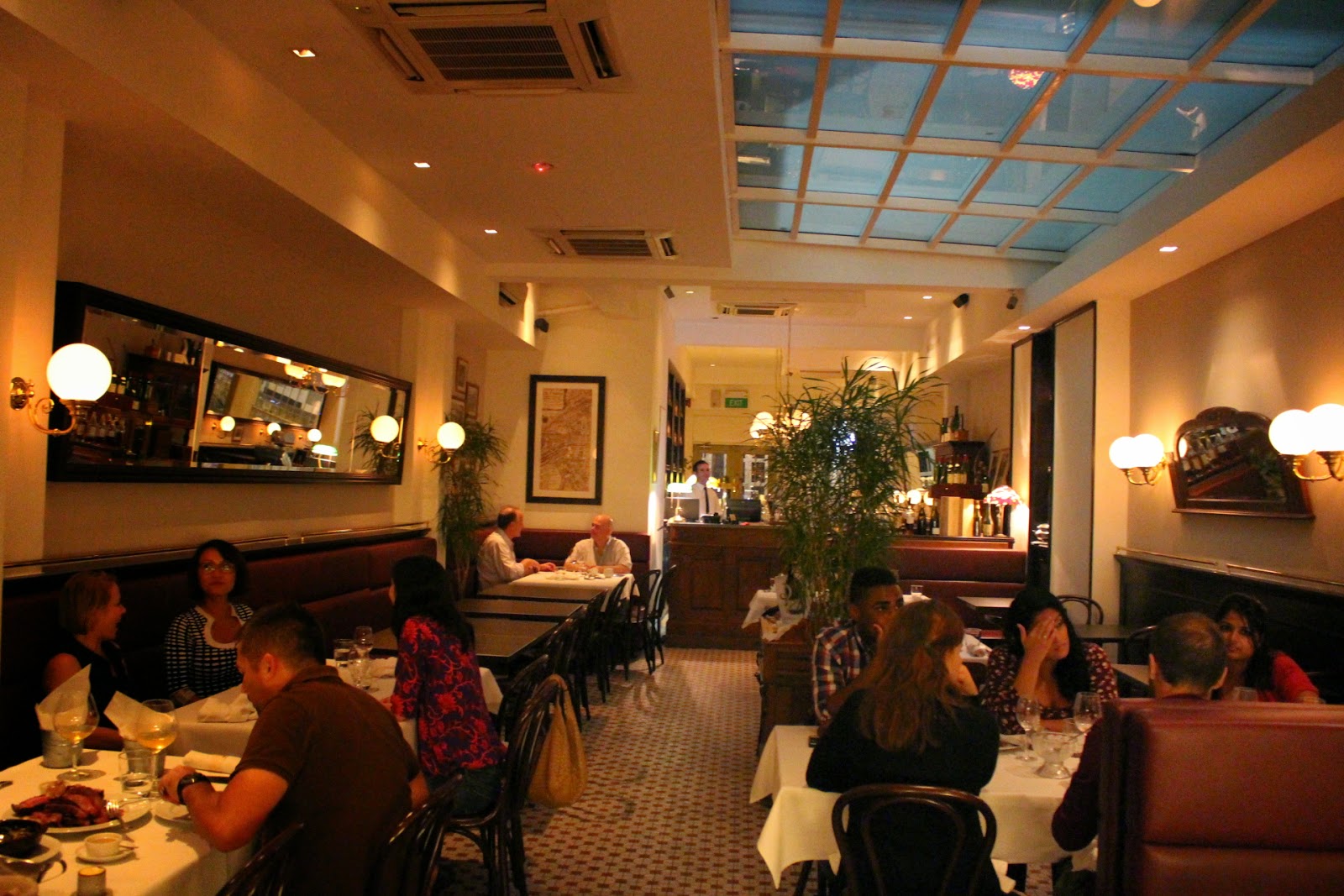 After hearing many rave reviews of Brasserie Gavroche, my husband and I decided to celebrate our wedding anniversary there. It was a pity that we did not get to meet the chef in person as he was away when we were there. However, the food was amazing and service was top notch. The Manager and the restaurant staff were mostly French too. 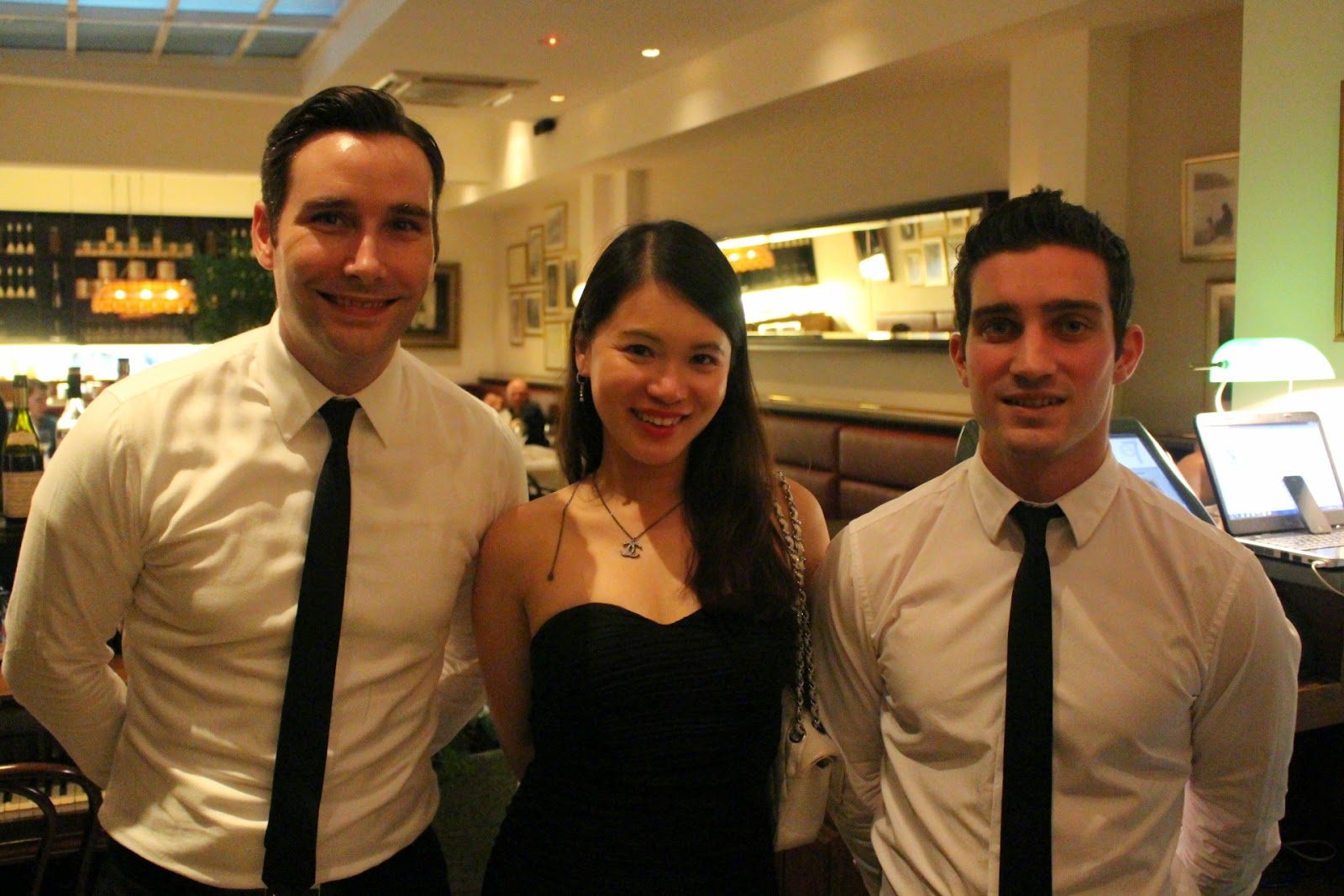 With the restaurant team 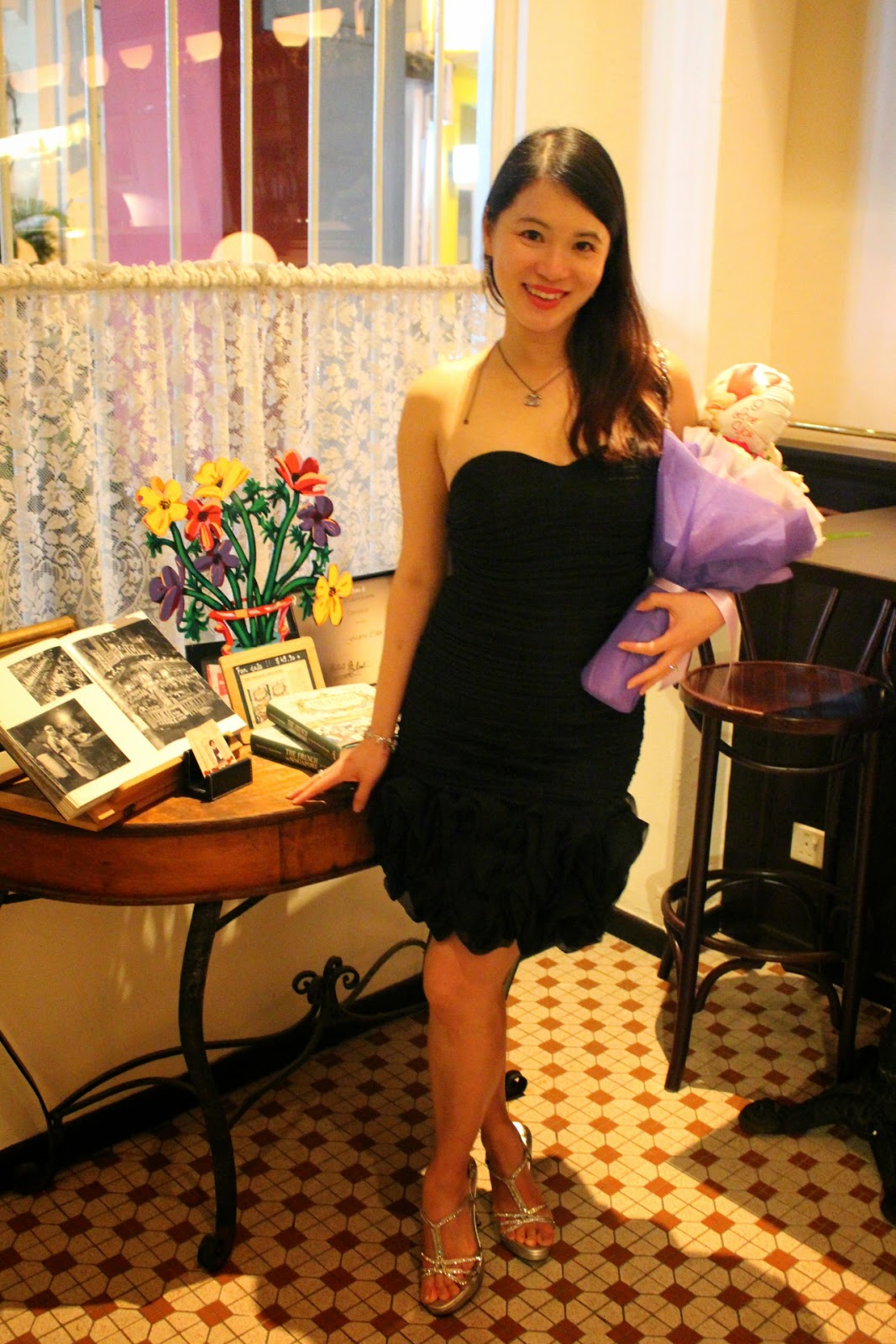 The décor was reminiscent of a French brasserie with an antique piano, vintage furniture, wooden elements and chandeliers. 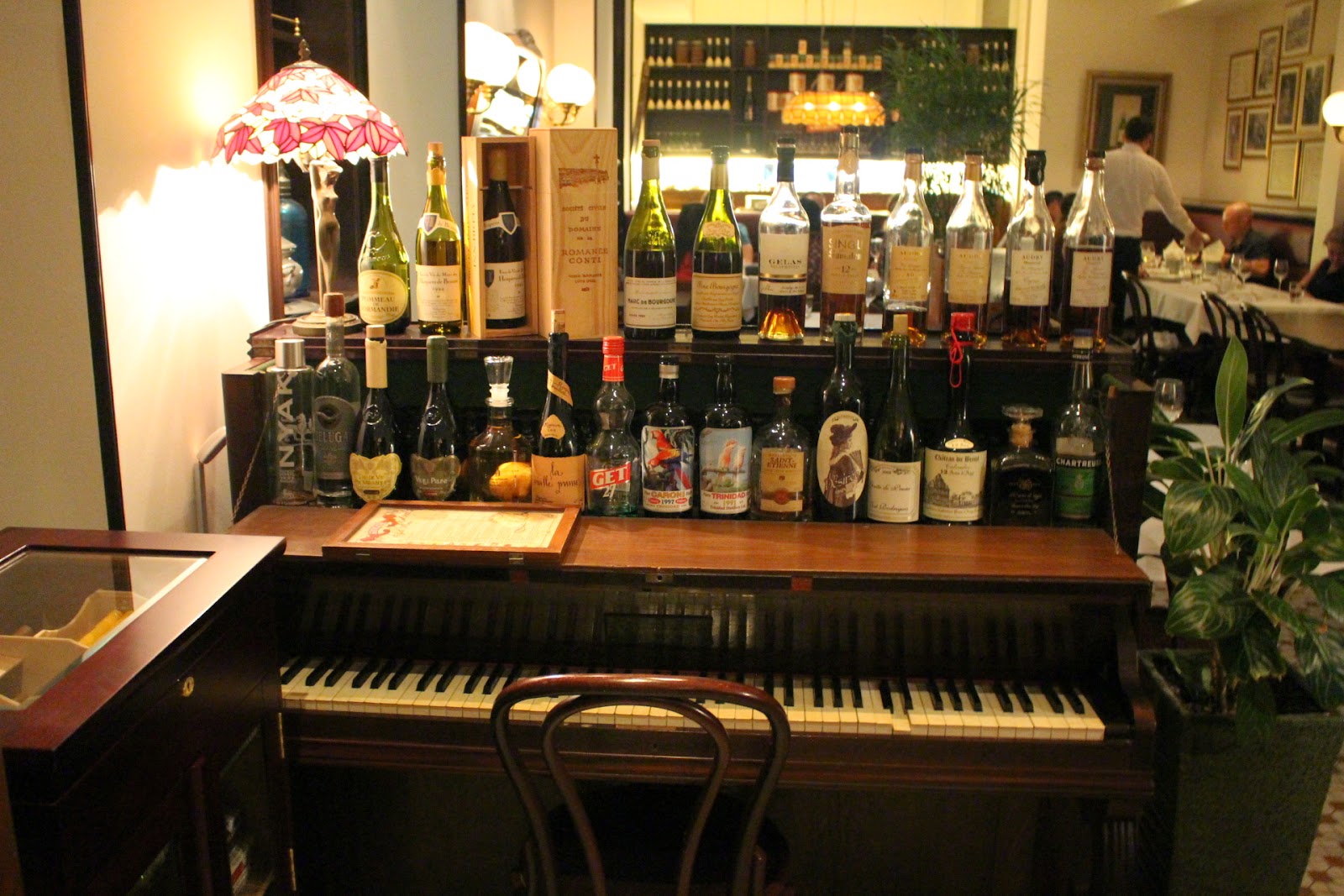 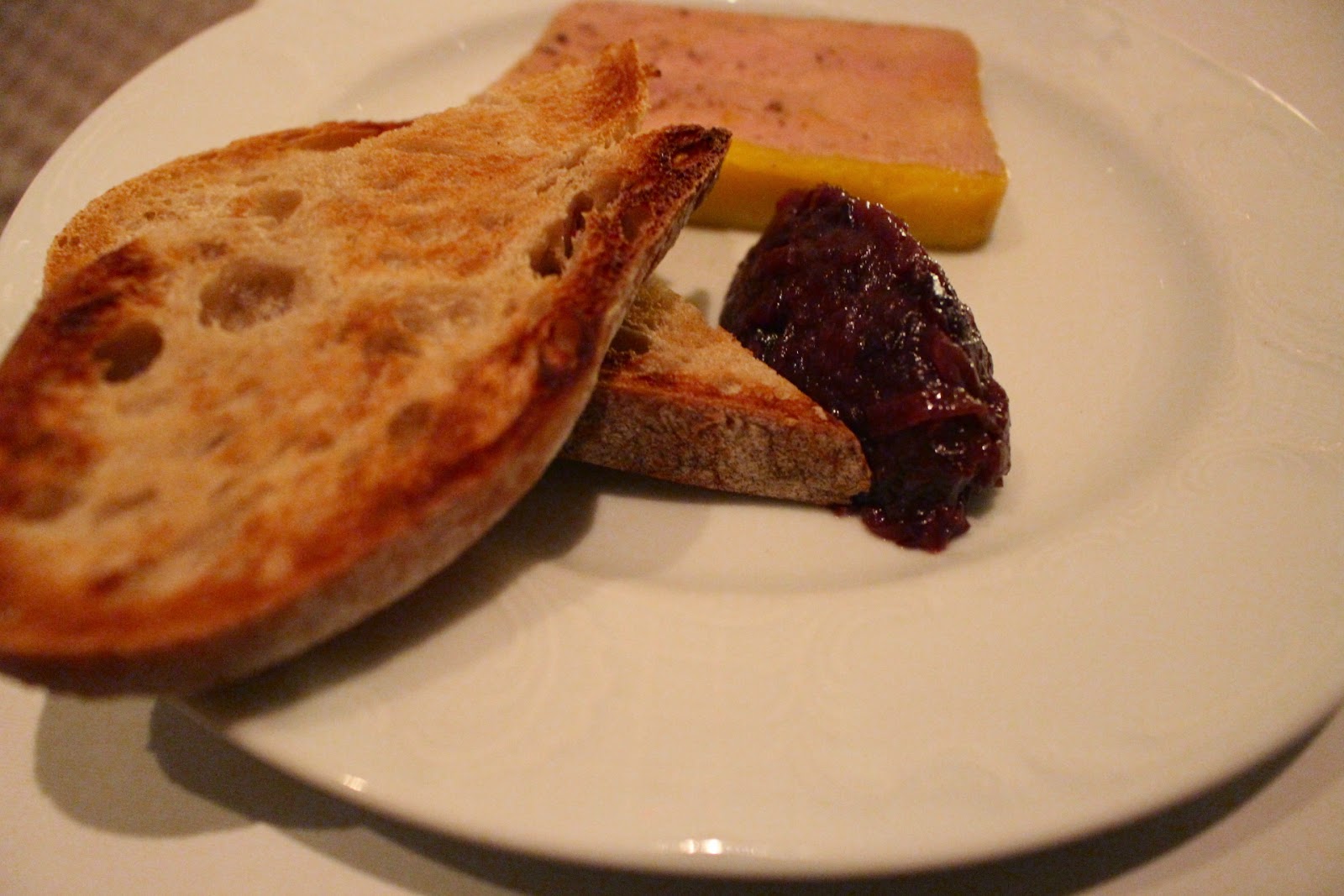 Our gastronomical odyssey began with the terrine de foie gras du Périgord et pain de campagne (terrine of Périgord duck liver with toasted country bread -$28), which provided a delightful start to a meal. The combination of the sweet onion marmalade and creamy terrine with the toasted bread was simply lovely. 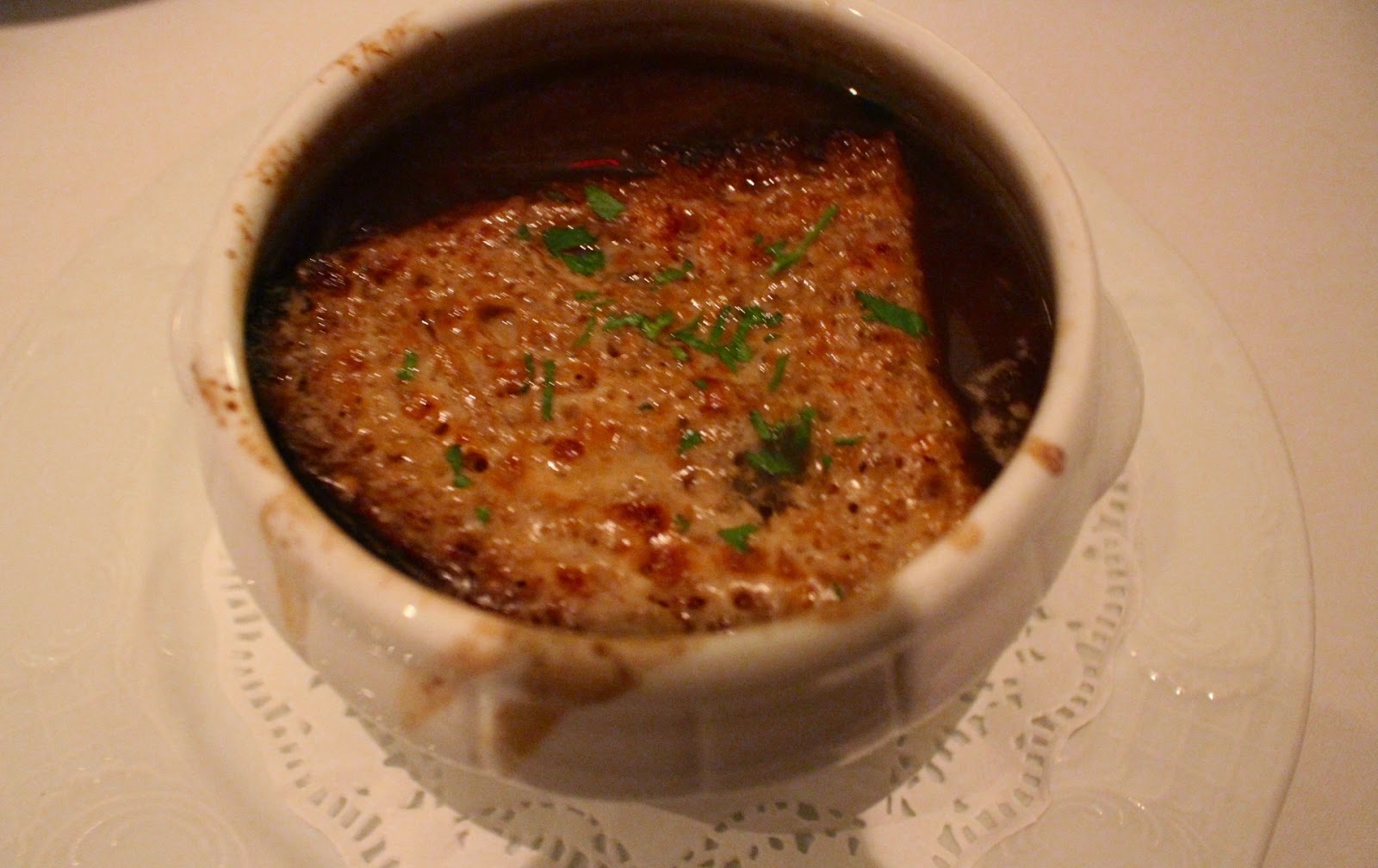 Next, our taste buds were treated to the hearty, robust soupe à l’oignon, recette de Grand-Père Henri (Grandpa Henri’s traditional onion soup -$16) which was prepared with homemade beef broth and caramelised red and sweet onions and simmered for about at least half an hour till it was fragrant. When combined with the savoury toasted cheese bread, it was extremely satisfying. 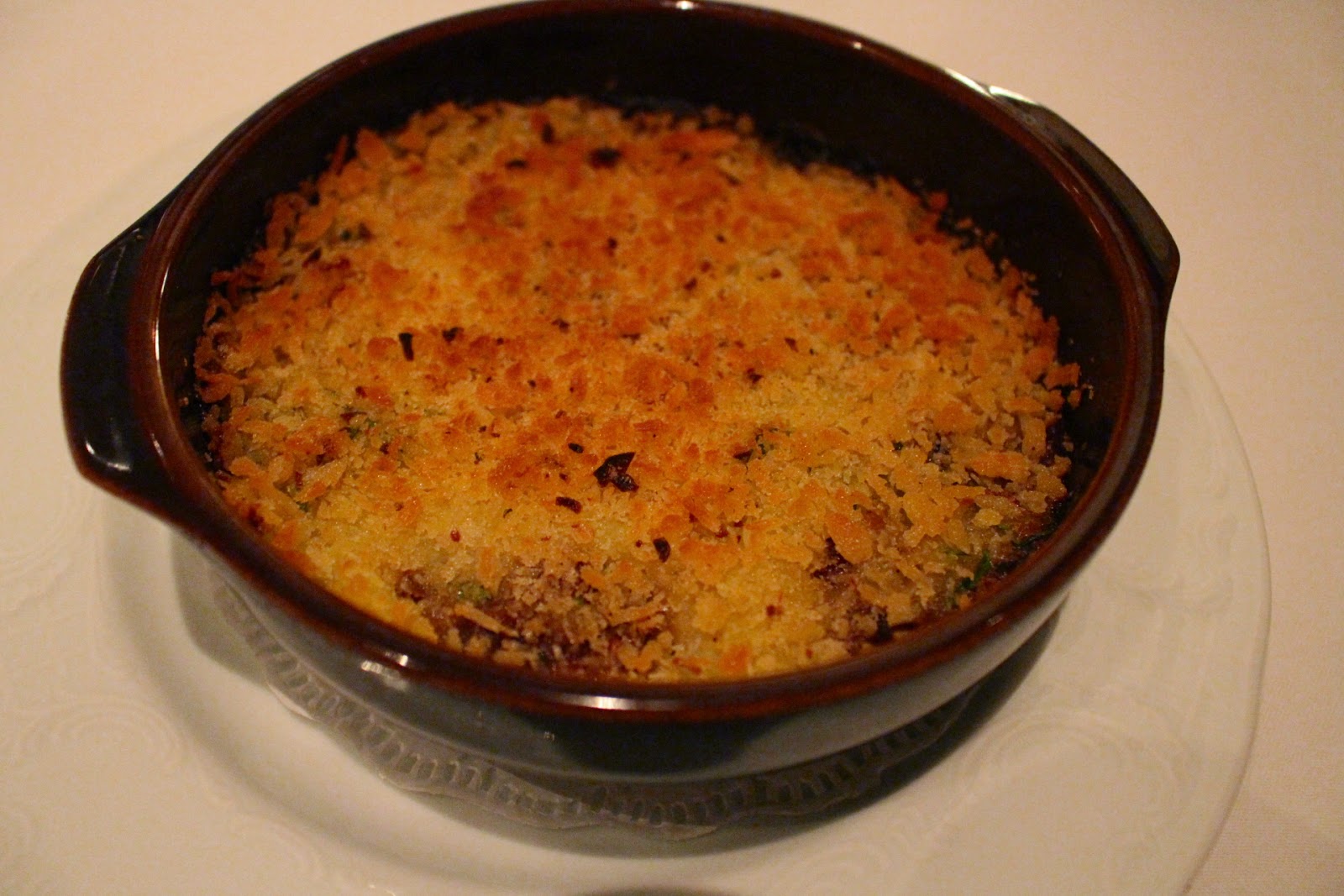 For the main course, I had the parmentier de canard confit (shredded duck confit with crushed potatoes and gratinated bacon - $48). This was my personal favourite for that evening. The confit of duck was cooked till it was tender and shredded thinly and topped with a very crispy crust meticulously prepared with mashed potatoes and gratinated bacon. Breadcrumbs were also added to give it a crumbly and crunchy texture. The crispy crust with the flavourful shredded duck confit, culminated in a heavenly explosion of flavours, oozing gratification in every mouthful. 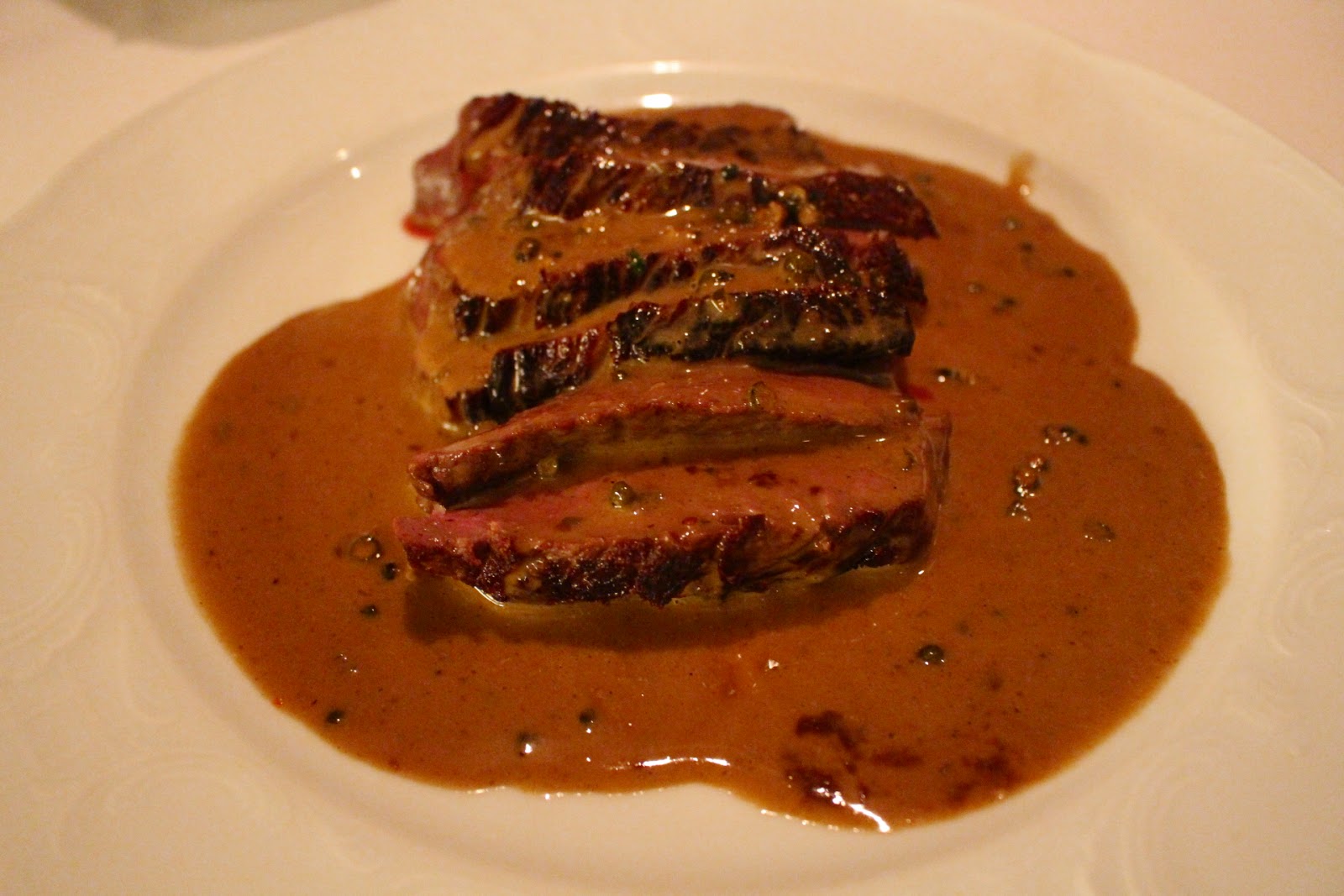 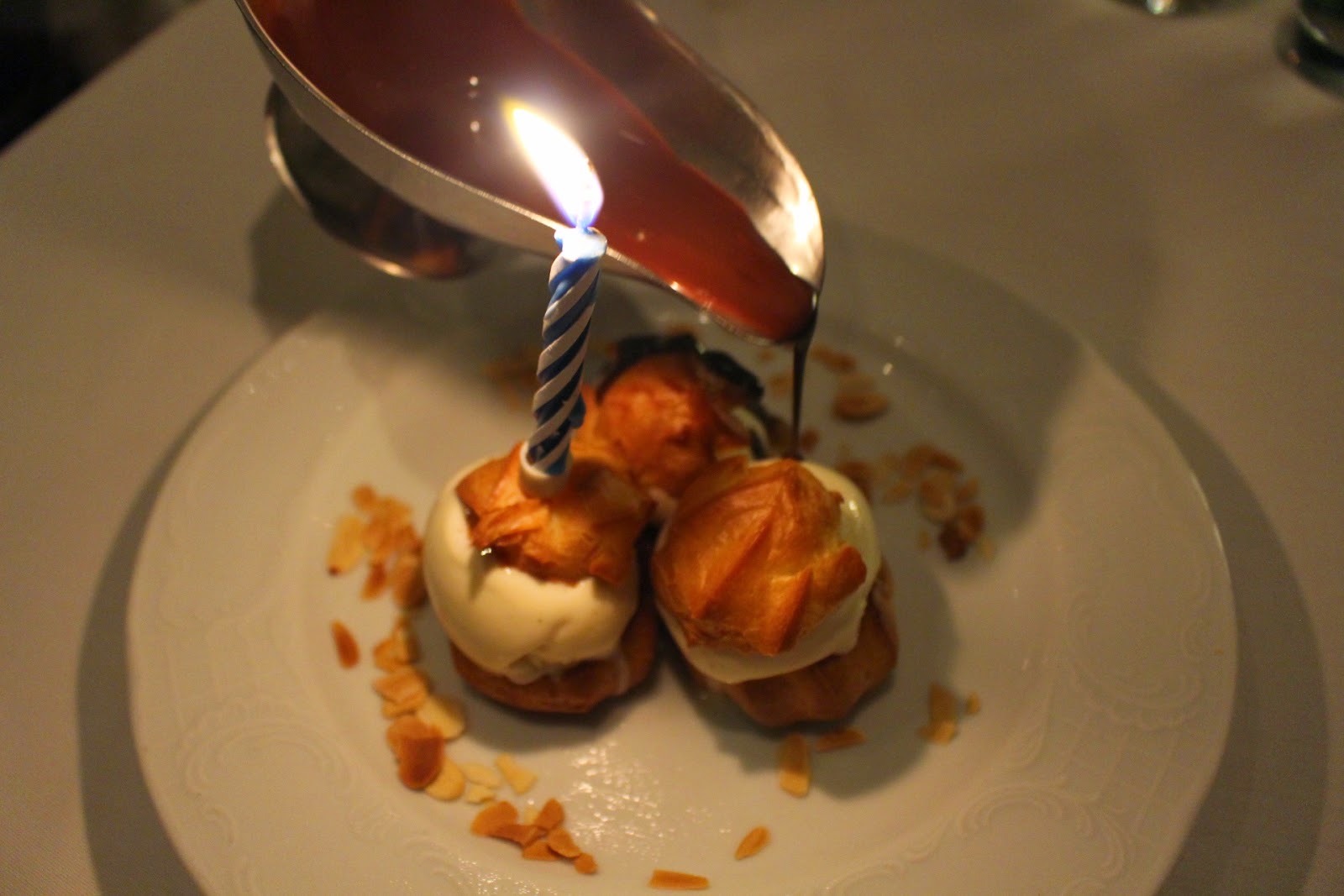 Pouring chocolate sauce on the profiteroles

A gourmet meal is never complete without delectable desserts. The profiteroles ($14) – a classic French dessert consisting of fluffy, choux pastries stuffed with creamy vanilla ice cream and topped with a rich and decadent hot, chocolate sauce was divine to to very last bite. 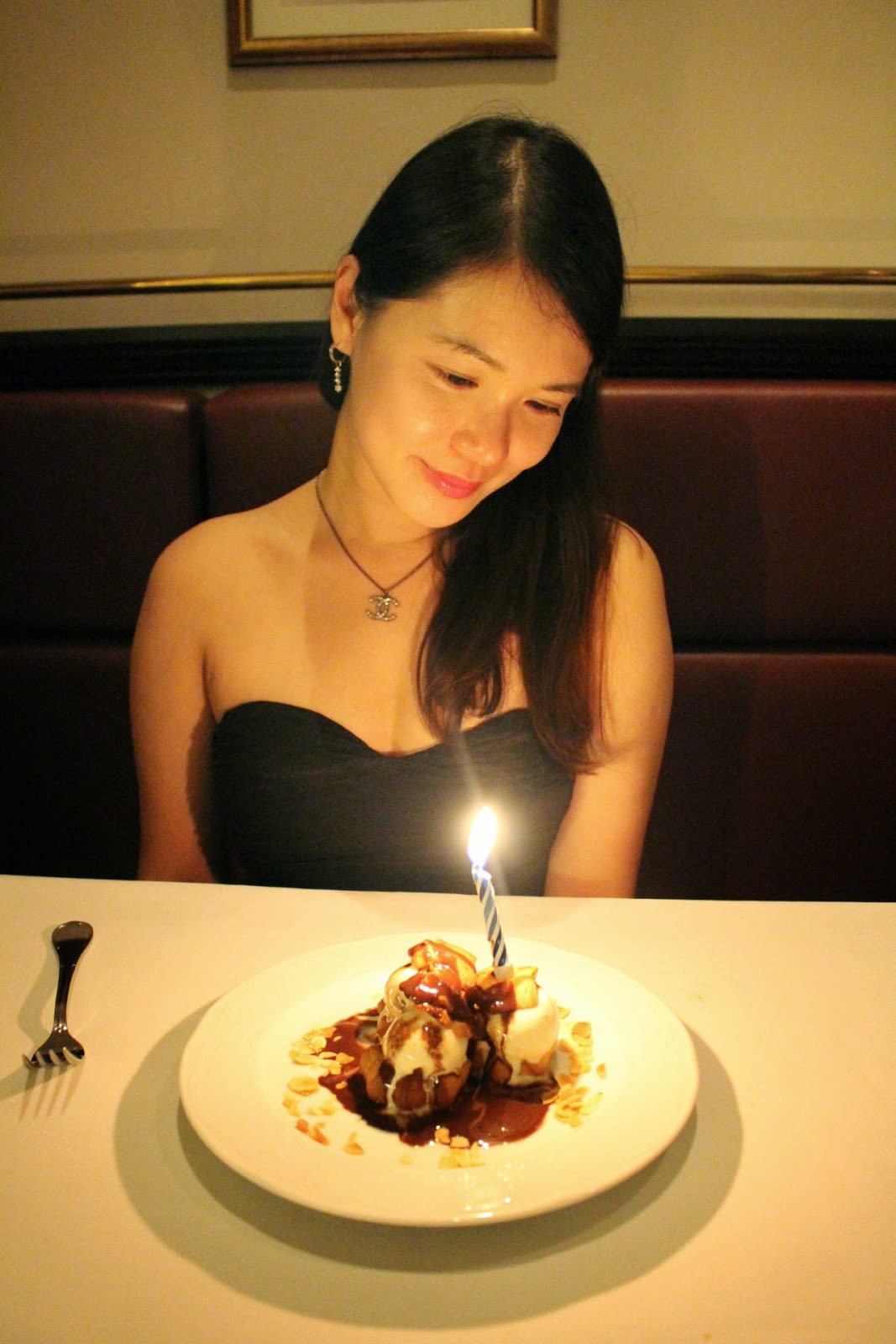 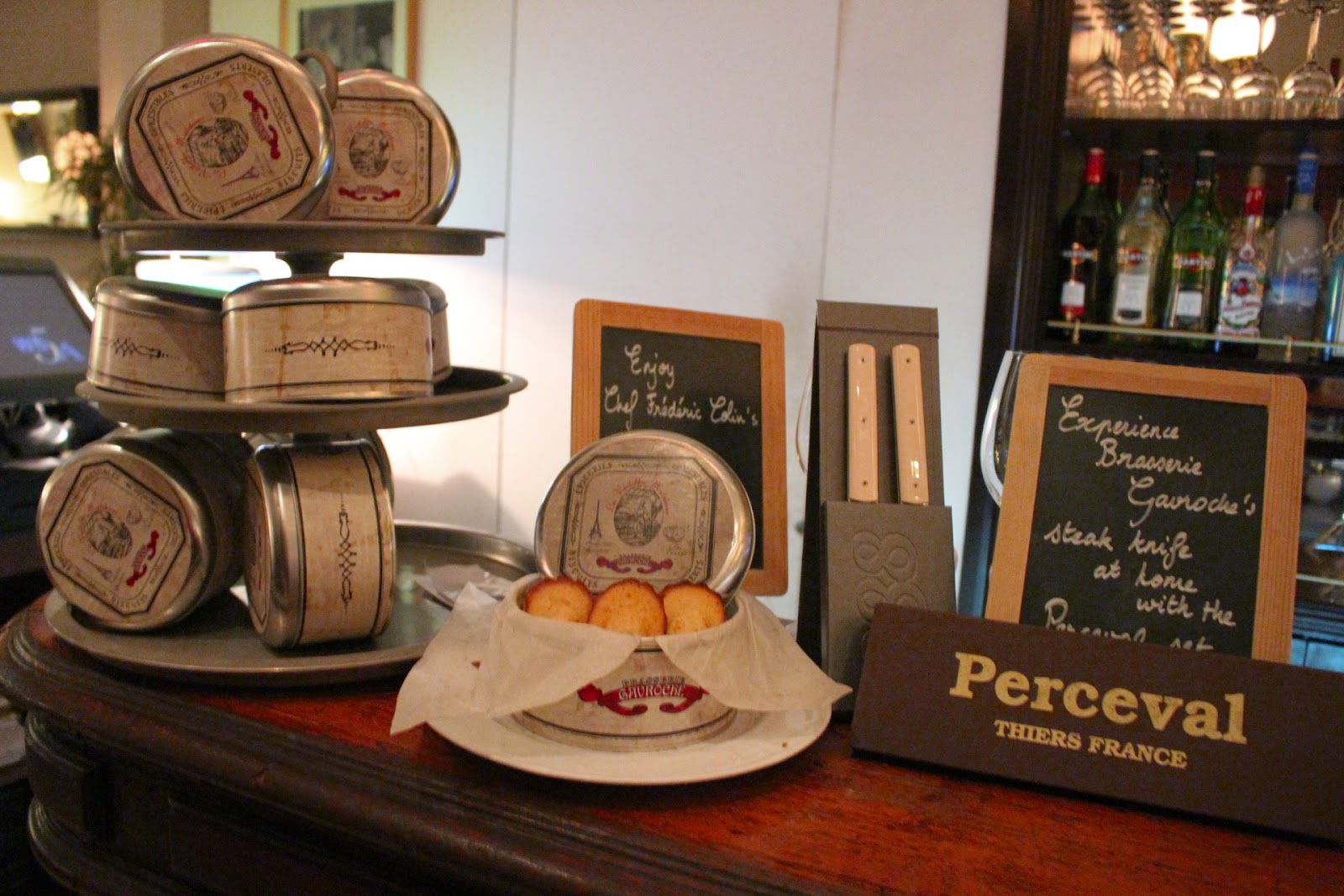 After dessert, one of the waiters (the only Chinese waiter) served us the restaurant's signature madeleine, which was also available for sale. 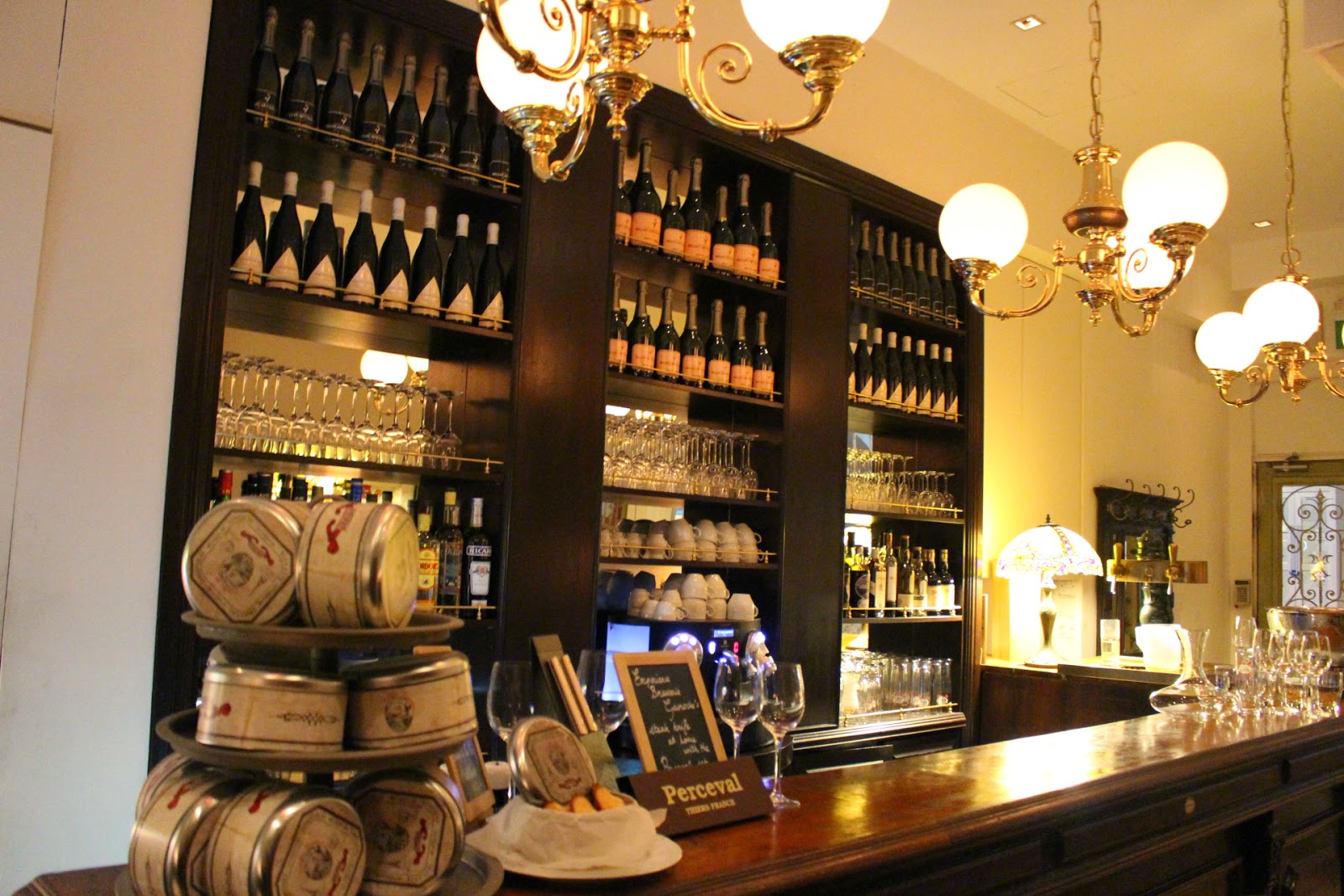 Brasserie Gavroche is definitely a place to dine if you want to have a slice of Paris in the 1930s. Service was impeccable and food was very authentic. Some may feel that prices are high, but we felt that it was worth every cent, as the décor, ambience and the food left a deep impression. We will definitely be back to try the other dishes and of course, savour our favourite dishes, such as the awesome parmentier de canard confit. 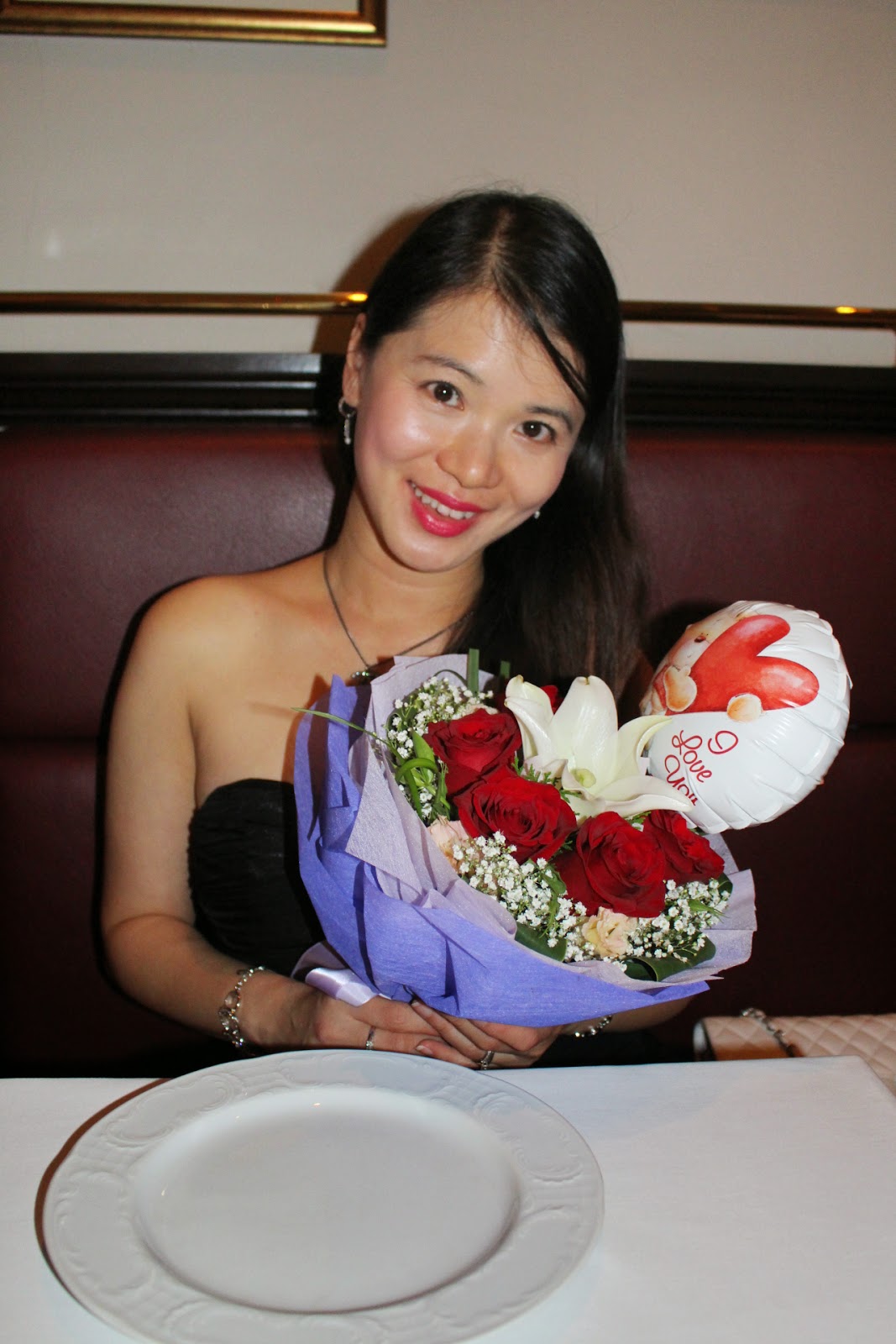 Satisfied after a good meal 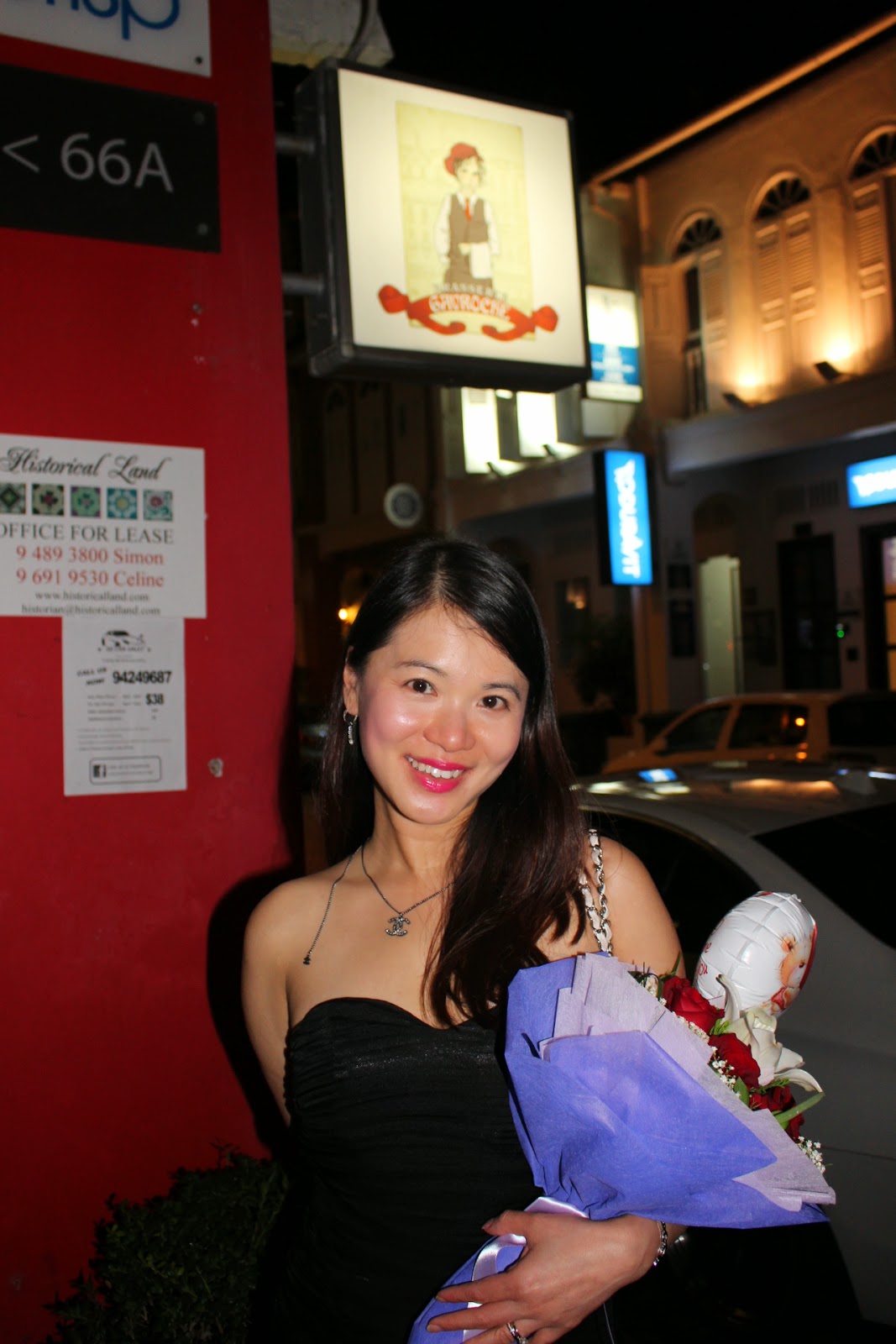 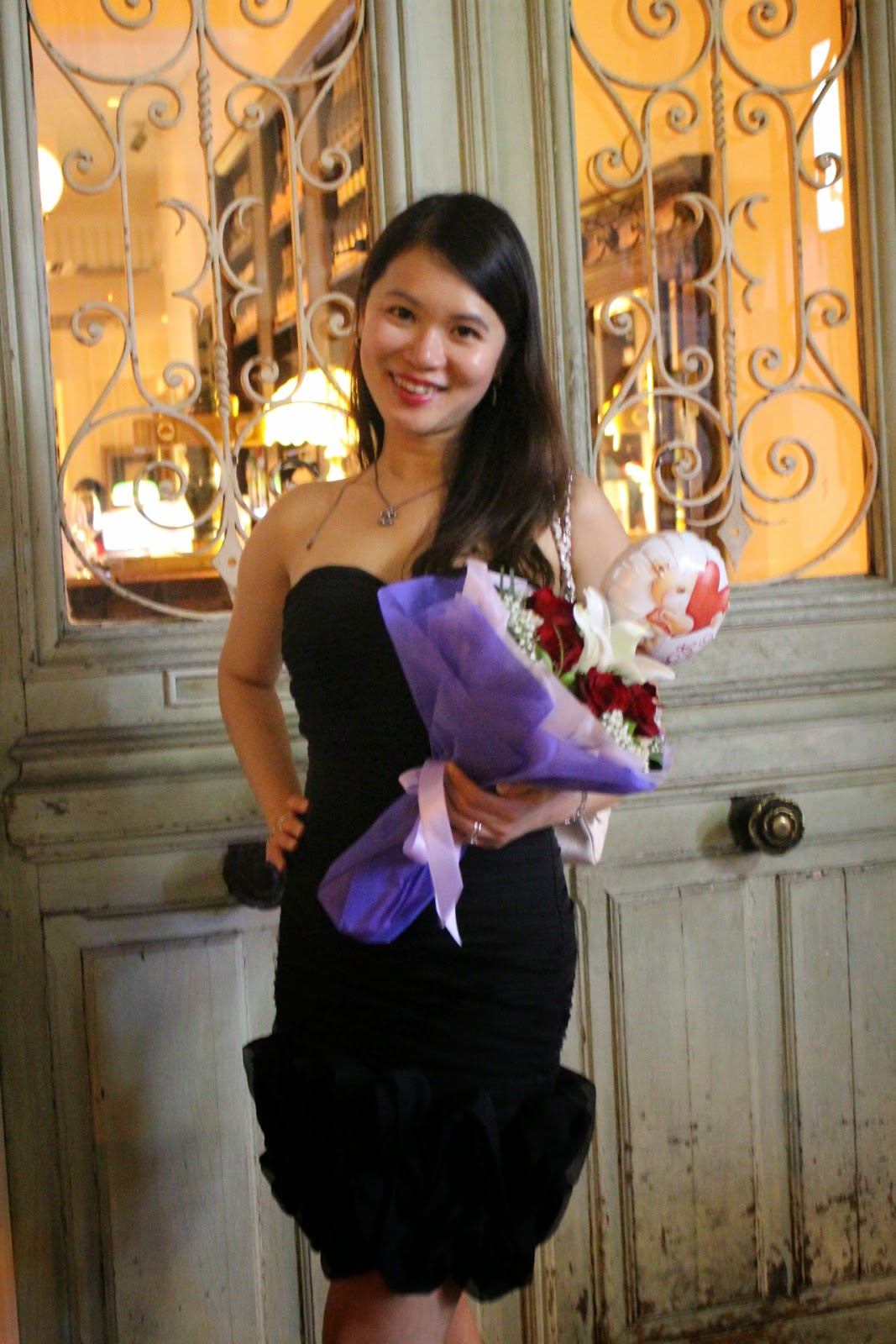