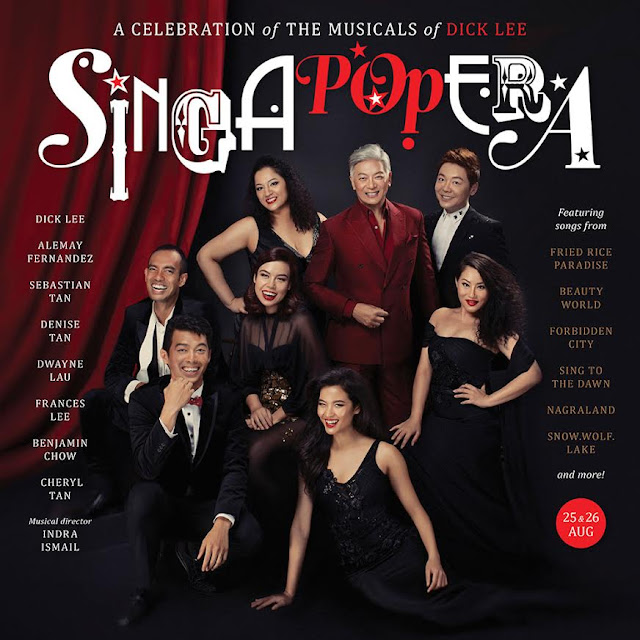 A household name, Dick Lee is a talented composer, singer and performer. Dubbed the Andrew Lloyd Webber of Asia, his numerous musicals and songs have touched the hearts of many and revolutionised the musical scene in Singapore. The most memorable song he has composed is of course the popular and stirring National Day song, 'Home'. 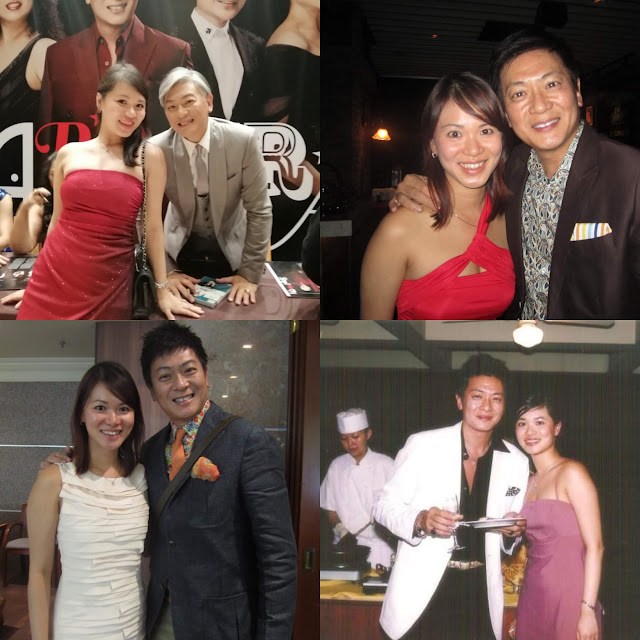 Pictures with Dick Lee over the years

My first encounter with this great man was in 2011 when I was with MediaCorp VizPro and I was promoting Beauty Kings, a joint collaboration between MediaCorp VizPro and Dick Lee Asia. Dick came across as a very down-to-earth and approachable person. I have always been an avid fan and have collected his CDs and DVDs over the years, therefore I was elated to be invited to review his concert, SINGAPOPERA.

This concert was a celebration of the musicals and extensive repertoire of Dick Lee’s songs over the past three decades. It was a nostalgic evening featuring songs from notable musicals including Fried Rice Paradise, Beauty World, Sing to the Dawn, Nagraland, Forbidden City performed by a stellar cast of Singapore’s renowned musical stars such as Sebastian Tan, Alemay Fernandez, Denise Tan, Dwayne Lau, Frances Lee, Benjamin Chow, Cheryl Tan and Dick Lee. The cast was accompanied by a 9-piece band, led by Musical Director, Indra Ismail. 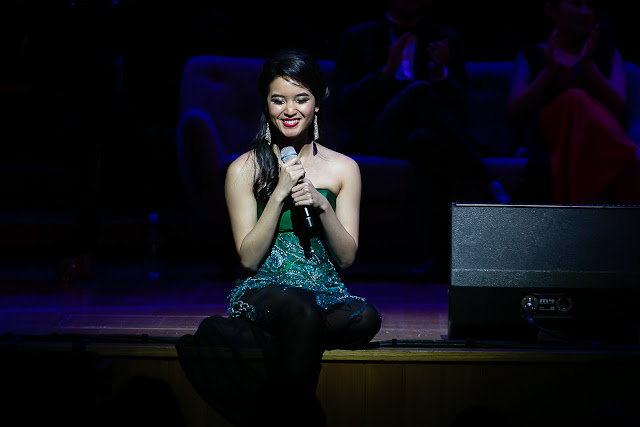 Cheryl Tan captivating the audience with her sweet and powerful vocals.

There were a few segments that I especially enjoyed. Malaysian talent, Cheryl Tan captivated me with her sweet yet powerful vocals as the youthful Yehenara in the 2017 production of Forbidden City, singing ‘Starting with the Eyes’ and ‘My Only Chance’. It was an emotional performance, enthralling everyone in the theatre.

Benjamin Chow was also equally impressive, singing tunes from Forbidden City, with interesting renditions of ‘Now China Has A Son’ and ‘Stories’, giving character through his strong, deep voice. 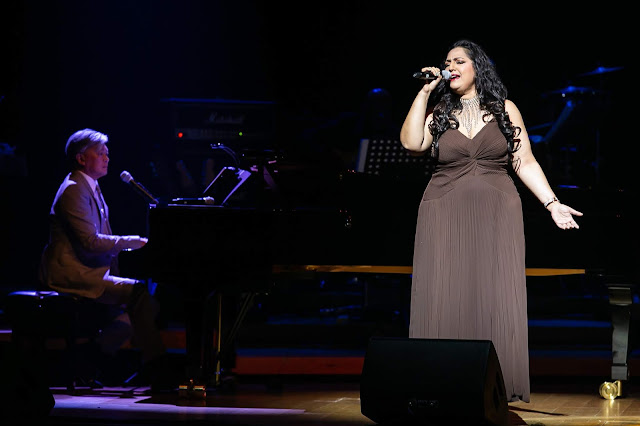 'When All The Tears Have Dried' by Alemay Fernandez

Another remarkable performance was by Alemay Fernandez who enchanted everyone with her amazing vocals and her rendition of ‘When All The Tears Have Dried’ from the musical Sing to the Dawn. Her fervour and passion were truly remarkable and laudable, evoking strong emotions from the audience. 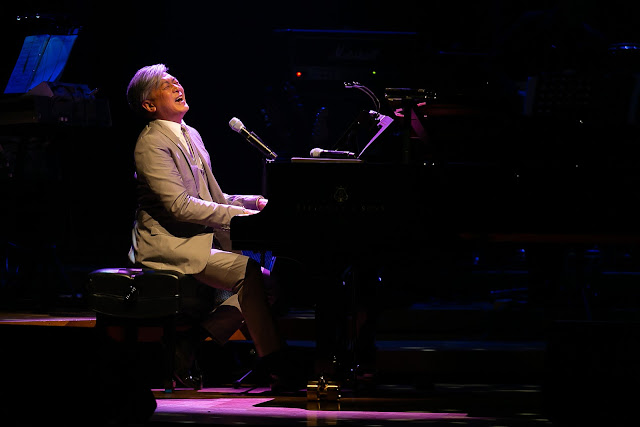 ‘Love is Forever’(爱是永恒) by Dick Lee

The main highlight of the musical was Dick singing the Cantonese ballad ‘Love is Forever’ (爱是永恒) from Snow.Wolf.Lake. Despite not having Cantonese roots, he skilfully delivered every word, dazzling everyone with his alluring stage presence, charisma and talent. 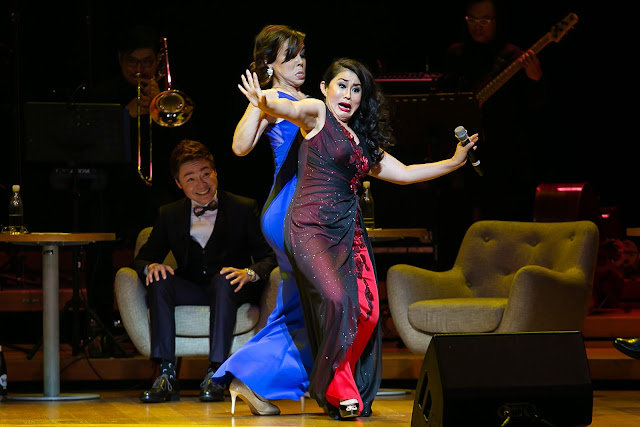 Other noteworthy performances include Dwayne Lau’s delivery of ‘Look A Little Closer’ from A Twist of Fate, Frances’s rendition of ‘Waiting’ from Mortal Sins, Talent (Hotpants) sung by Benjamin, Dwayne, Cheryl and Alemay and ‘No Class’ from Beauty World performed by Denise Tan and Frances Lee. 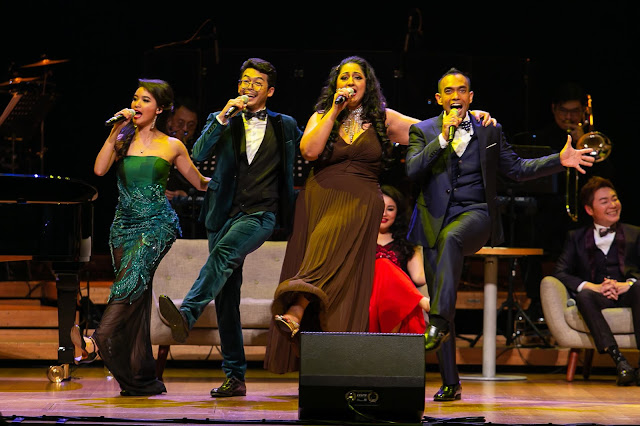 In addition to the stunning performances, what made this concert extremely interesting was the lively banter from the cast, sharing their first encounter with Dick and the influence he had on their musical careers. 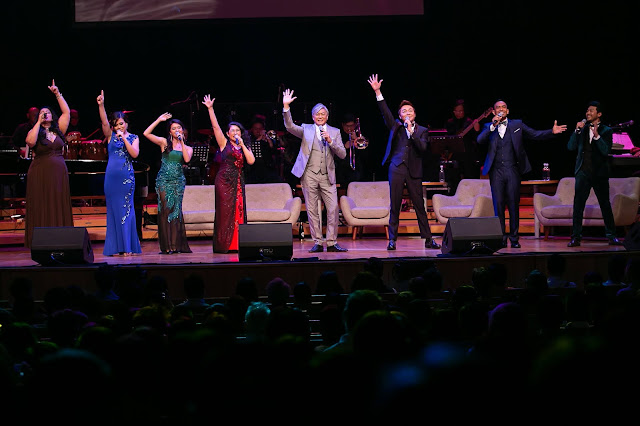 The finale was spectacular, with the cast singing 'Bunga Sayang' and 'Fried Rice Paradise', the song which ignited his passion for his illustrious career in music.

A rousing finale with the cast singing 'Home'

The spectacular concert concluded with an animated and zestful encore of 'Beauty World (Cha Cha Cha)' and 'Home', a song which continues to instils in Singaporeans a sense of belonging, identity and solidarity. SINGAPOPERA played at the Esplanade Concert Hall from 25 to 26 August 2018. It was a wonderful tribute to Dick Lee, allowing us to walk down memory lane, reminiscing his amazing musical songs over the past three decades. 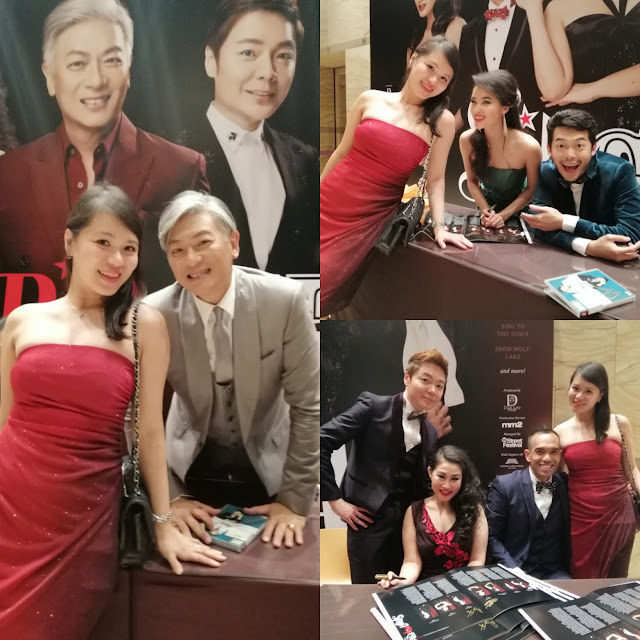 With the cast during the Autograph Session 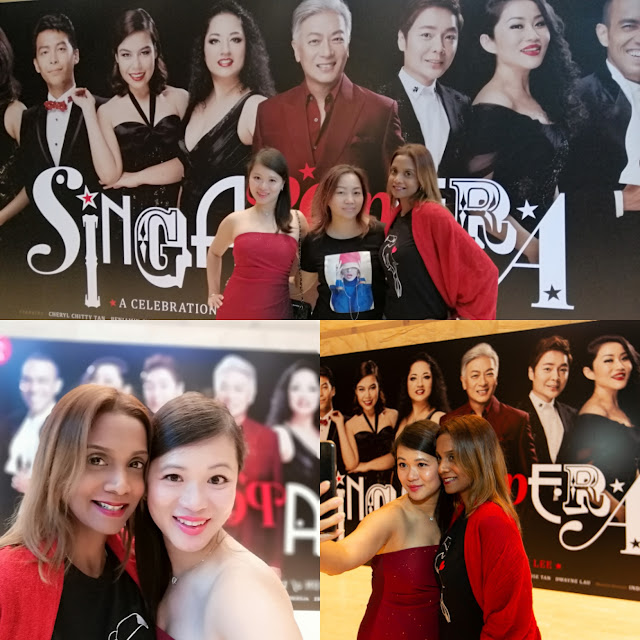 With Agnes and Cassandra Concert photos above are provided by Dick Lee Asia.

Thank you Agnes of ATMC for the invite.