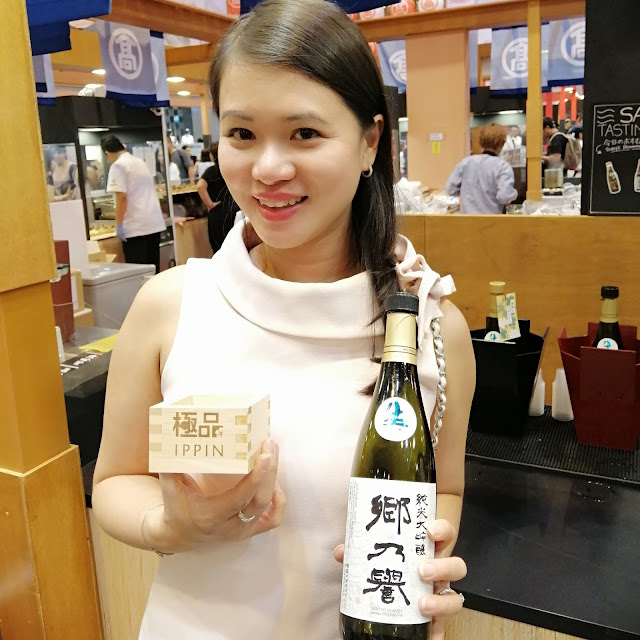 At the Sake Bar at IPPIN's Booth

Takashimaya 25th anniversary Japan Food Matsuri was one of the most spectacular fairs in Singapore. From 28 September to 14 October 2018, IPPIN celebrated Japanese culture with an impressive showcase of sakes and Japanese specialities from over nine Japan prefectures such as Niigata, Fukui, Ishikawa, Gifu, Ibaraki, Nagano, Miyagi, Fukuoka and Kumamoto.

IPPIN's booth featured a Sake Bar with sake from 12 breweries from Japan, including Japan's oldest sake brewery, Sudo Honke. There were 29 premium sakes at affordable prices, from S$51 per bottle and S$15 for a sake tasting set. Sake aficionados also attended sake tasting sessions to sample the different varieties of sake. 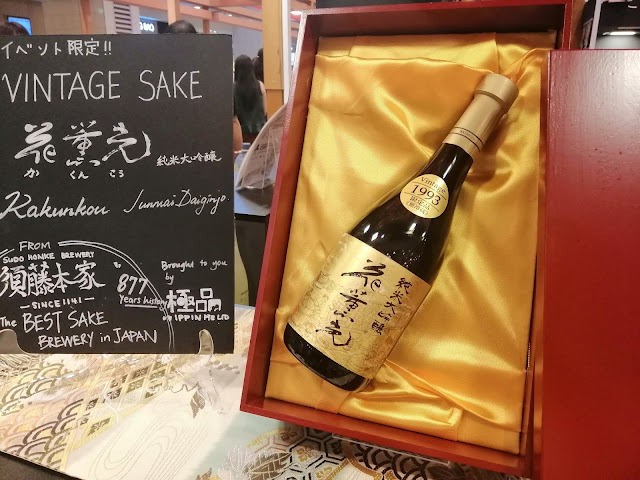 The most prized item at IPPIN's booth was the 25-year old Vintage Kakunkou Junmai Daiginjo Sake by Sudo Honke - Japan’s oldest sake brewer. The sake is priced at S$38 000.

In fact, the sake is so unique that it was sent to guests of Prime Minister of Japan as gifts. I was honoured to have the opportunity to meet up with the President of Sudo Honke, Mr Gen-uemon Sudo, who shared with me some of the secrets of brewing sake. 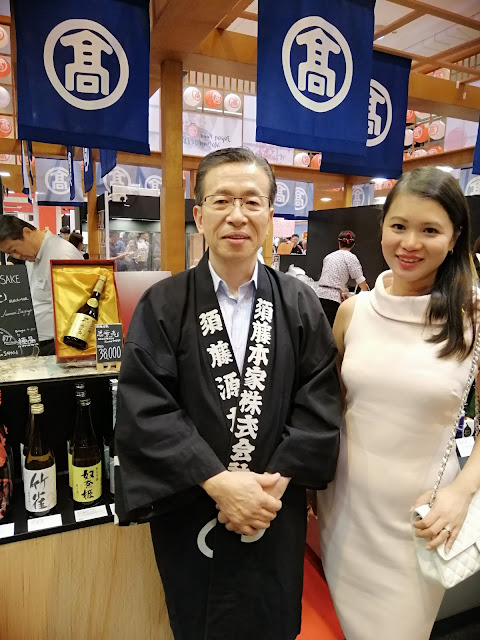 Another sake brewery, Hashimoto prides itself on using traditional methods of brewing sake since it was established 258 years ago. I was delighted to meet up with sake brewers, Mr Yoshiyuki Hashimoto and his wife who shared with me the history of their brewery. 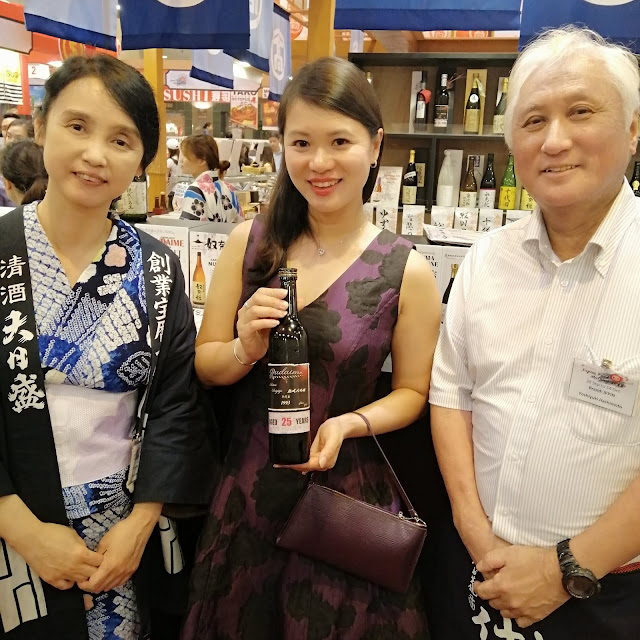 The Dai Ginjyo 25-Year Aged 1993 Sake is one of the most unique sakes produced by Hashimoto. It has a gorgeous, mellow aroma and ripened umami taste. This sake is the celebration of 50 years of brewing techniques of sake maker, Ryohei Mei. Priced at S$627 per bottle. 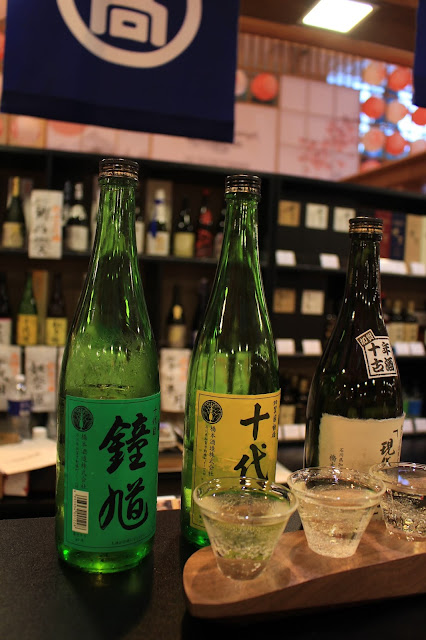 Other popular sakes from Hashimoto

Brilliant sake with dry and refreshing taste. It has a mellow flavour with delicate texture.

Produced by Ryohei Mae, it has the mild aroma of rice and a soft aftertaste. It is well-balanced and can be served hot. Priced at S$55 per bottle.

This sake was brewed to commemorate Ryohei Mae who received a prize for brewing sake for 50 years. It has a mature taste and pleasant fruity aroma. Best to drink chilled. 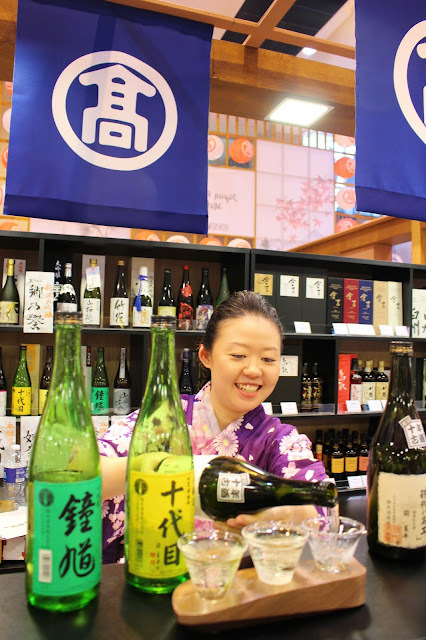 Sommelier from IPPIN, Ayumi preparing the sake for the tasting session 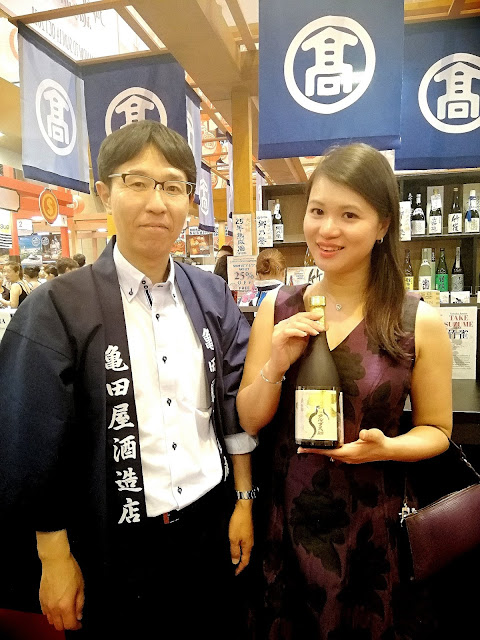 I was also delighted to meet up with Mr Toshio Sasaki, Deputy Manager of Showa Shoji and had the pleasure of trying some of the brewery's popular sakes. The most unique is the 2-Year Aged Daruma Masamune priced at S$393. The rice flavour is blended into the "moromi" (solid mass of swollen rice grains) and the taste gets richer and deeper with the passage of time. 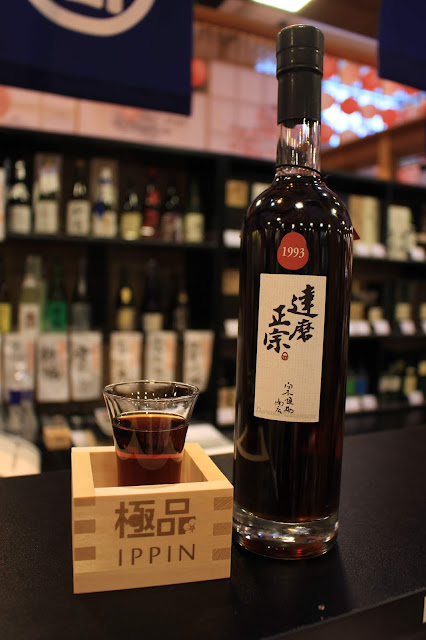 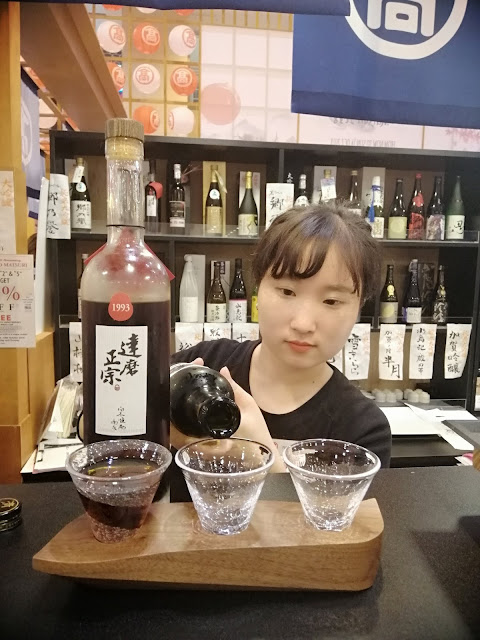 Maiko getting the sake ready for tasting. 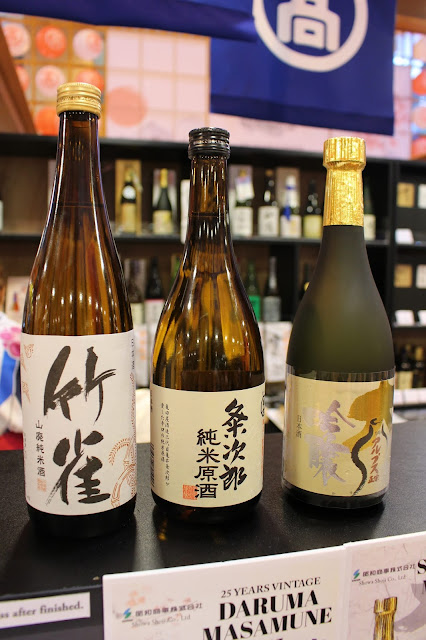 Having been pressed pasteurised in 2014, this sake was cellared for two whole years, resulting in its rich dry taste.

It has a rich amber colour, deep savoury and acidic taste and a sharp finish.

Made from Fukiokoshi rice in Nagano prefecture, this sake is best served on the rocks due to its dry taste. It is particularly popular with men. Vinitaly 5-star Sake 2018: Selected Prize.

Priced at S$70 per bottle

Made from Yamadanishiki rice in Hyogo prefecture, this sake is made using underground water of the Alps mountain. The “moromi” (solid mass of swollen rice grains) is controlled by low temperature for a long time. Sake is dripped from hanged bags by gravity. This premium sake has won the Gold Prize for the Annual Japan Sake Awards for the Daiginjo category. 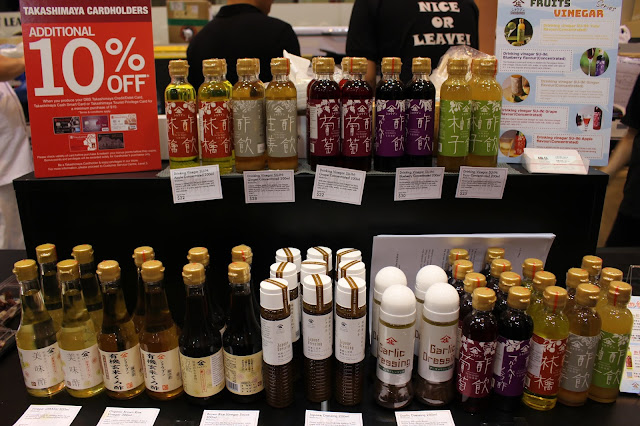 In addition to the Sake Bar, there was also a retail section showcasing premium fruit, brown rice and ginger vinegar as well as exquisite mosaic sushi, sushi rolls and bara chirashi sushi handmade daily by skilful Ninja Chef, Takanobu Matsuto. My favourite was the Bara Chirashi Don which was delicious and bursting with freshness. 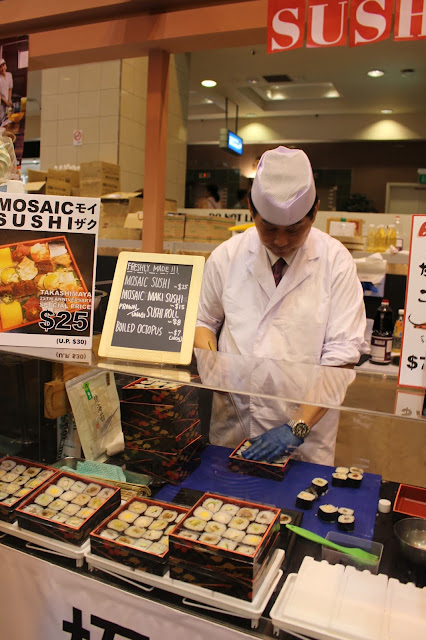 Shoppers sampled succulent boiled octopus and grilled kurama shrimp and took their pick from the delightful range of condiments and retail items from Umaiya such as sweet ayu fish, candied prawns and walnut with young sardine. 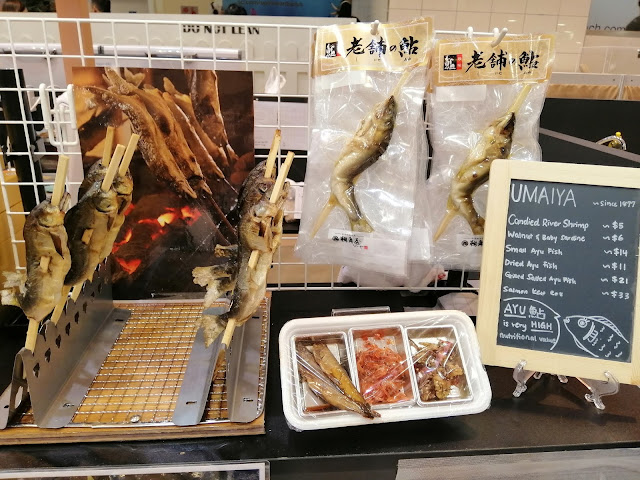 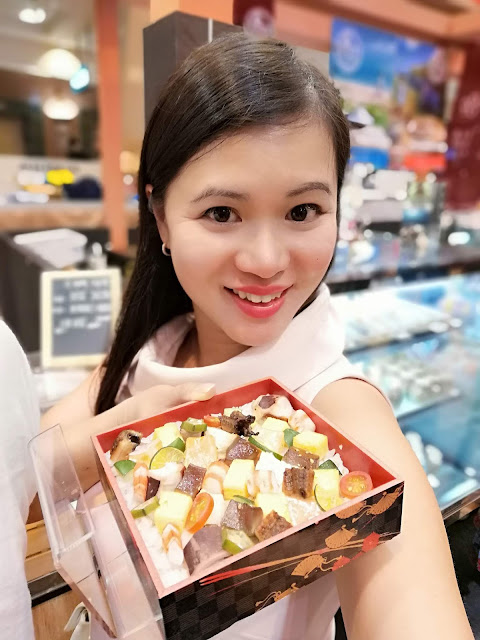 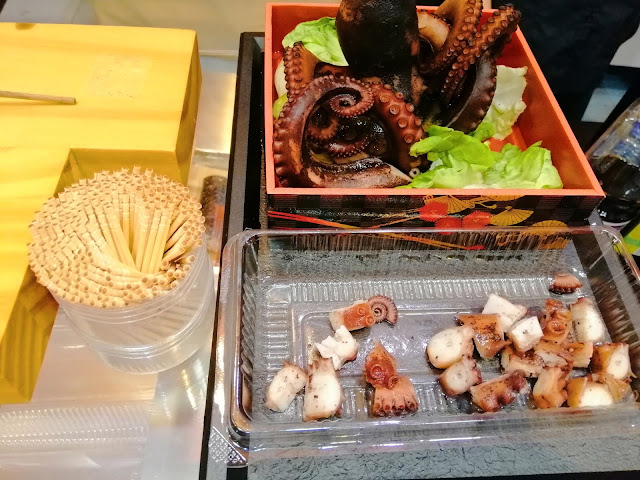 Overall, the 25th Anniversary Japan Food Matsuri was a fun, enriching and interactive showcase of Japanese food and culture in one location and I loved the sakes and food products at IPPIN's booth.