Immerse in Authentic Cantonese Flavours at Wo Peng Cuisine Restaurant 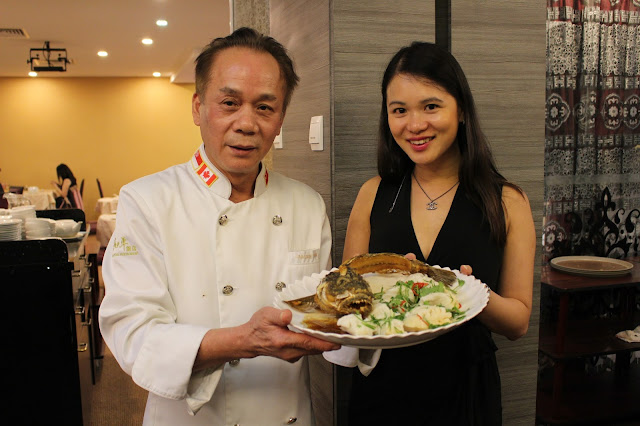 Helmed by Platinum award-winning Hong Kong Chef, Julian Tam Kwok Fai, Wo Peng Cuisine (Furama Hotel) is one of the restaurants under the Wo Peng Group.

The amicable chef was the former Executive Chef of Furama Palace at the Furama City Centre Hotel for over five years before starting Wo Peng Restaurant in 2008. With about four decades in the culinary industry, Chef Tam has honed his skills at the very prestigious Hong Kong Kowloon Club and the renowned Yung Kee restaurant.

The restaurant’s setting is traditional, evoking a feeling of nostalgia the minute one steps in. Chef Tam specialises in handmade dim sum and authentic Cantonese cuisine with hints of modern influence. His fervour and passion are evident in many of his creations, particularly the poon choy (pen cai). Chef Tam was also the one who brought the ubiquitous poon choi (pen cai) into Singapore and introduced it as a Lunar New Year delicacy.

Having heard so much about Chef Tam, I was delighted to be invited to a food tasting session where I got to sample some of his signature Lunar New Year dishes with other bloggers. 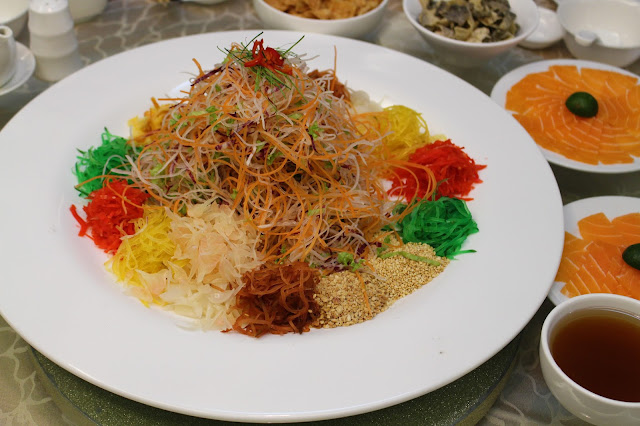 Our dining experience commenced with us tossing to good fortune, success, health and happiness with the prosperity salmon yu-sheng with crispy fish skin. The crispy fish skin added an interesting twist to the yusheng. The plum sauce was flavourful with just the right degree of sweetness. 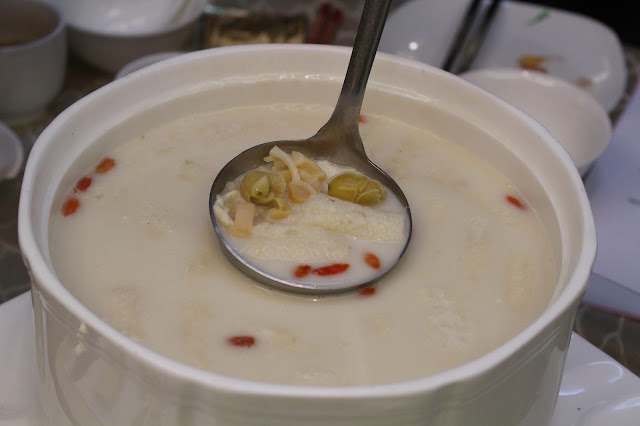 The double-boiled superior chicken soup with almond is a classic Cantonese soup containing nourishing and health boosting properties. The almonds give the soup a natural sweetness and heartiness making one crave for more. 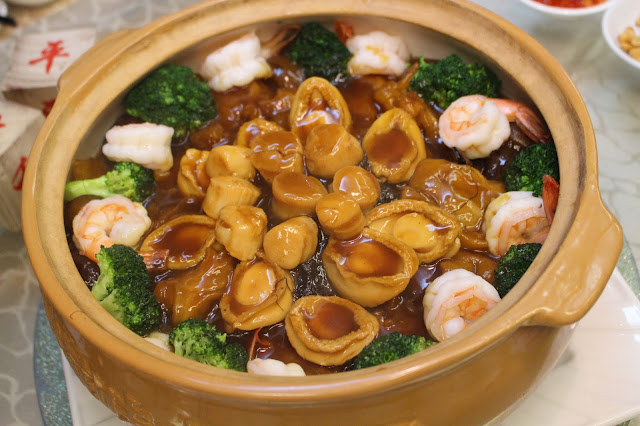 The Wo Peng “Poon Choy” (Pen Cai) was deftly prepared and brimmed with premium auspicious ingredients such as braised whole abalone with dried oysters, prawns, sea cucumber, fish maw and more. The gravy was absolutely bursting with heavenly goodness that one can’t help but finish every drop of the gravy. 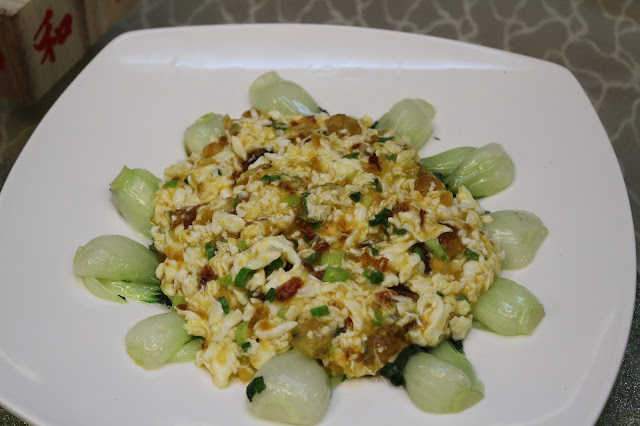 Another unique dish is the sautéed “peach resin” with egg white and green vegetables which provides a delightful blend of sweet and savoury flavours. “Peach resin” is a Chinese medicinal product and boasts several benefits such as relieving stress and stimulating collagen production. 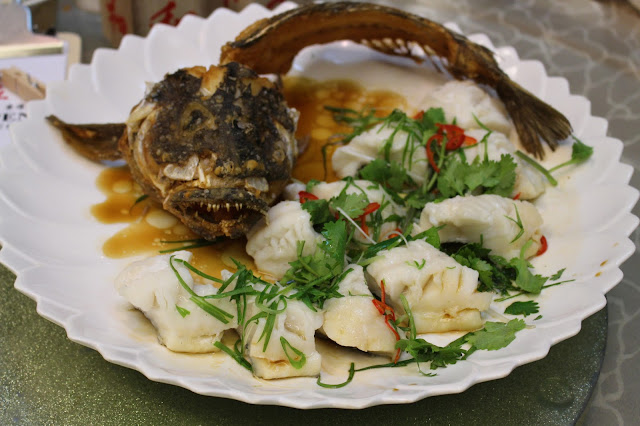 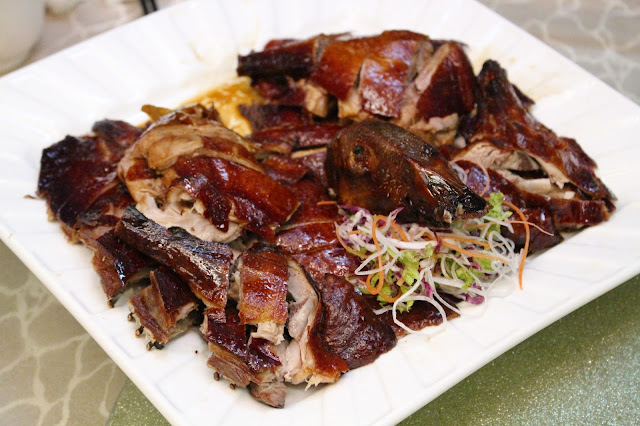 Smoked and roasted duck with camphor and tea leaves

If you like duck, you must not miss the smoked and roasted duck with camphor and tea leaves. The duck meat was succulent with the gentle fragrance of tea leaves. 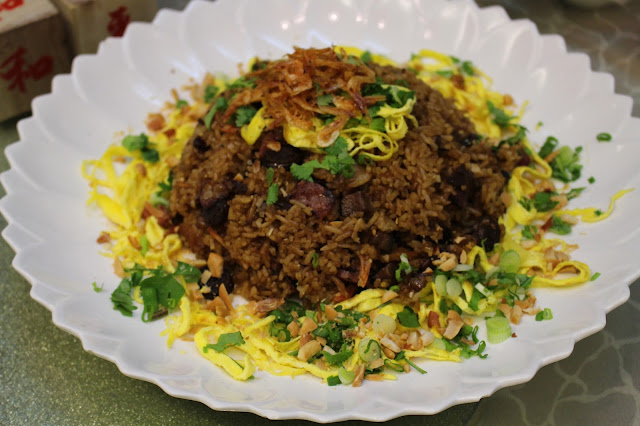 Usher in prosperity, good luck and longevity with the wok-fried glutinous rice with assorted Chinese sausages. The rice had a smooth, slightly sticky consistency and was aromatic and delicious. 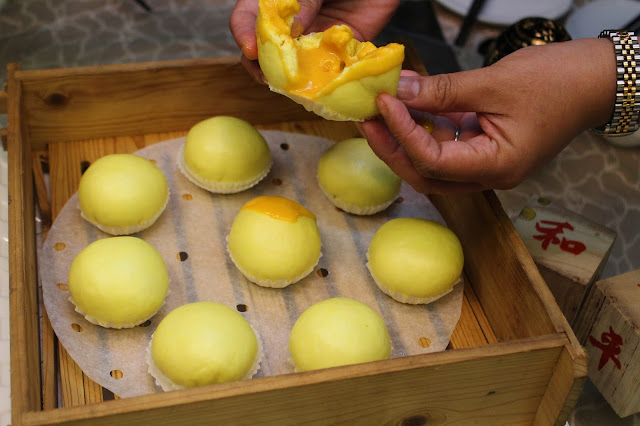 Our tasting session concluded with steamed runny yolk custard cream buns (otherwise known as liu sha bao). The buns had a flowy centre, similar to the molten lava cake with decadent chocolate oozing out. Overall the buns were reasonably good and could be better if they were less watery.