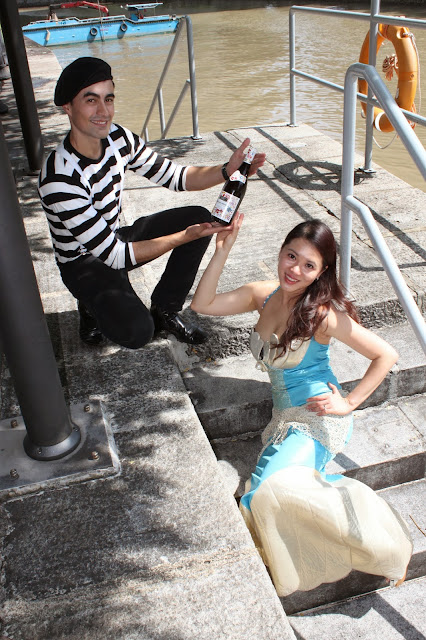 "Two French men were cycling along the Singapore River. They discovered a Mermaid sitting on the Quayside and exclaimed in delight. The Mermaid was holding a bottle of wine and readily offered it to them. Both men noticed a few cartons of similar wines – Beaujolais Nouveau 2013 beside her. They then shouted in French that the “Beaujolais Nouveau has arrived in Singapore!”

This morning was a very special and eventful one.I played the part of a mermaid to promote my workplace (Grand Copthorne Waterfront Hotel)'s “Beaujolais Nouveau est arrivé!” ("The New Beaujolais has arrived!") in Singapore. It was different from the usual events that we have previously organised at the hotel.

The breakfast wine affair at The Promenade commenced with the Mermaid (me) making an appearance with a case of Beaujolais Nouveau. The event was attended by members of the French community, business associates and the media.

The third Thursday of every November traditionally marks Beaujolais Nouveau Day and is the annual global celebration heralding the arrival of the season’s first wine. To many, Beaujolais Nouveau is the most celebrated day in France, apart from Bastille Day. Beaujolais Nouveau is a red wine made from Gamay grapes produced in the Beaujolais region of France. The wine is full bodied with a superb texture. We are privileged to be the first to launch this new wine in the world.

Beaujolais Nouveau is available at the hotel's food and beverage outlets including Cafe Brio's, Pontini and The Piano Bar and is priced at S$65 per bottle and S$13 per glass, while stocks last. 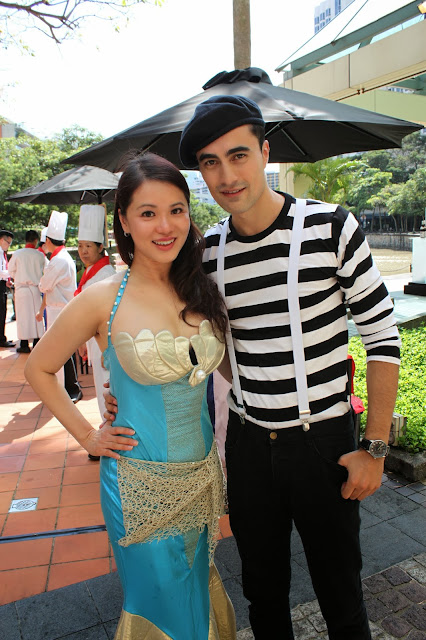 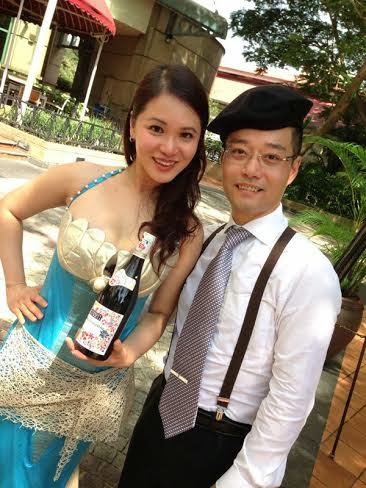 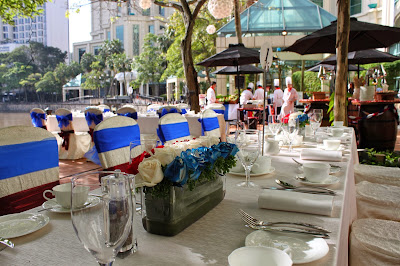 The breakfast set up. Roses were in blue, red and white, colours of the French flag. 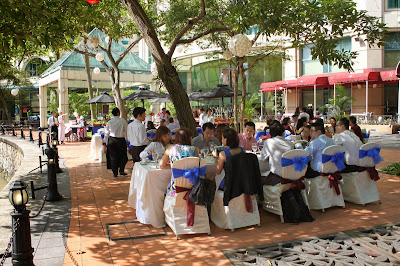 The invited guests indulging in the breakfast spread. 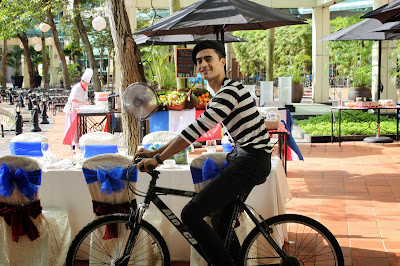 Diego cycling along The Promenade 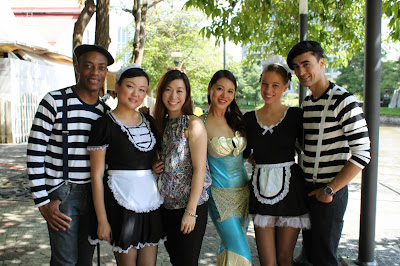 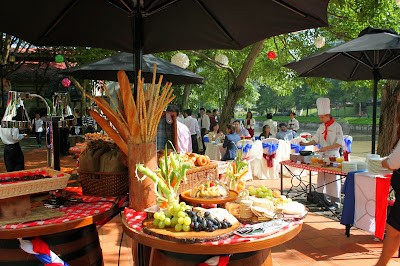 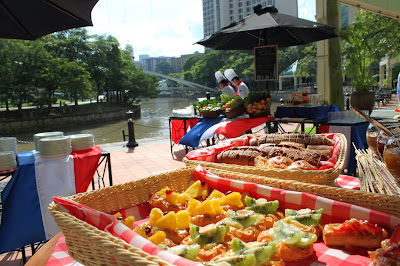 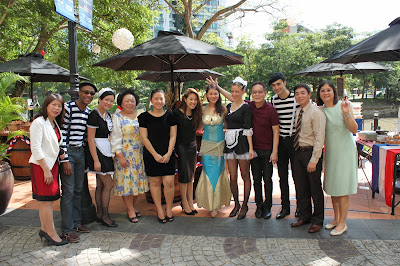 With some of the media 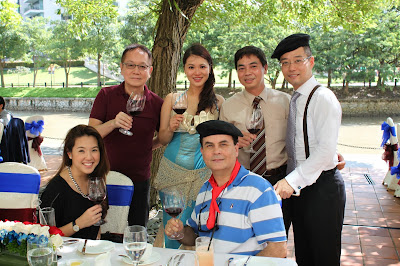 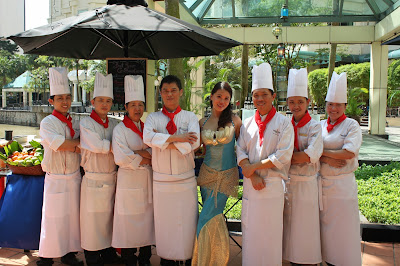 With our team of chefs 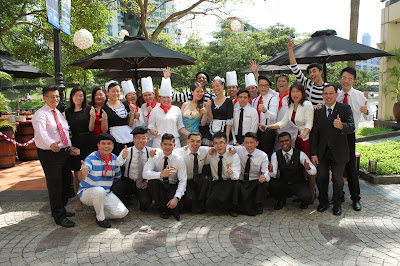 The Management and Staff of Grand Copthorne Waterfront Hotel 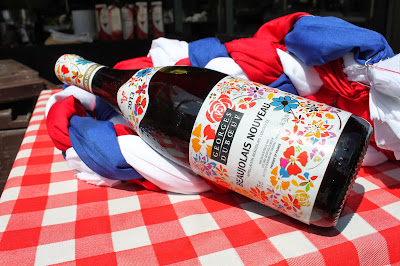