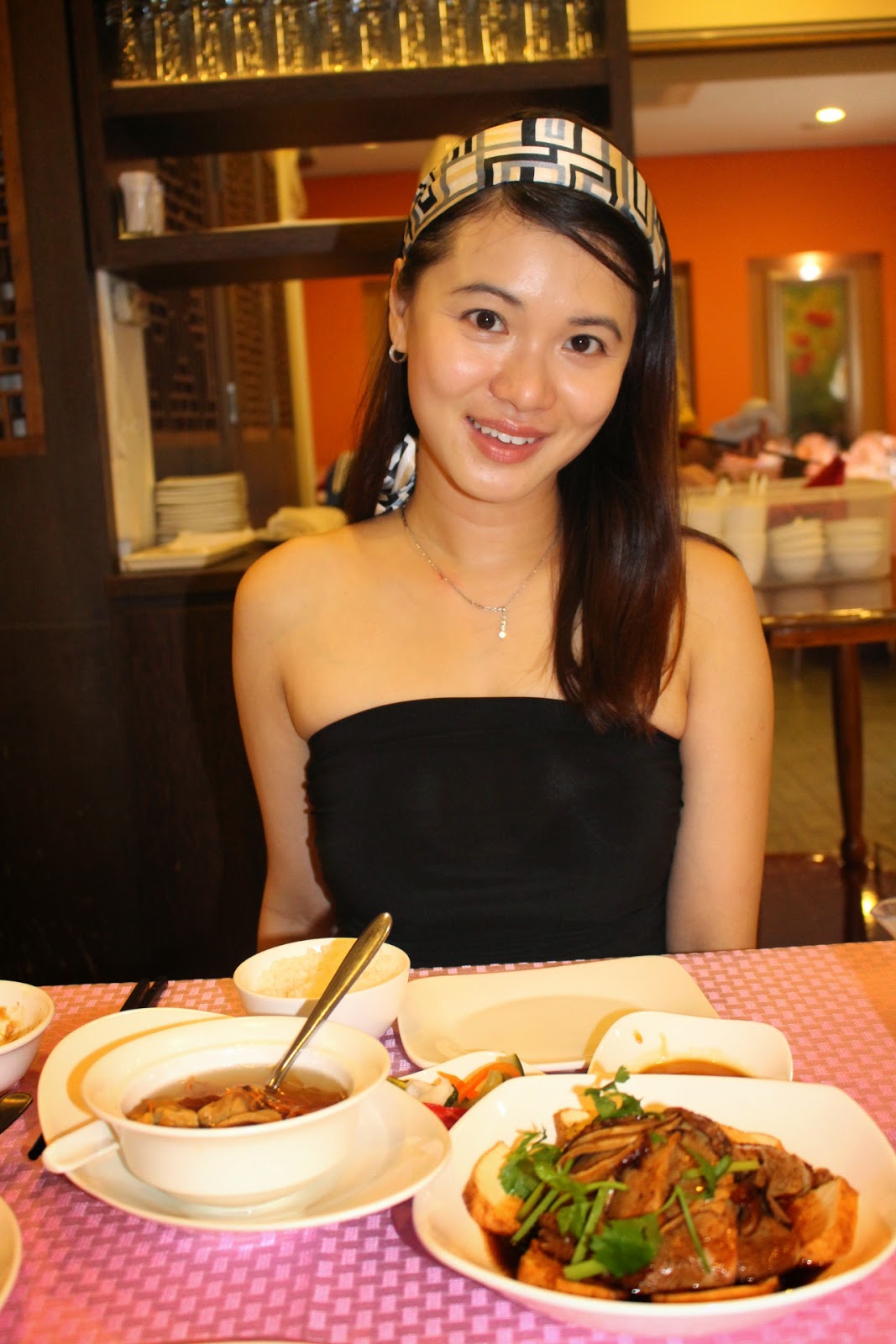 Chin Lee Restaurant is a Teochew Restaurant tucked at a quaint little corner at 115 Bedok North Road. This restaurant had its humble beginnings as a stall in a coffeeshop about 40 years ago. According to my mum, my late father used to be a fan of the Teochew fare at the stall.

About nine years ago, business grew in leaps and bounds and the stall expanded to a restaurant. Helmed by Chef Eric Chua, Chin Lee Restaurant specialises in classic Teochew cuisine. Although he has revamped the menu, he believes in serving the simple, traditional Teochew food that regular customers of Chin Lee have grew to love over the past decades.

Chef Eric has over 20 years of culinary experience. He spent his childhood honing his skills in the kitchen such as cleaning, cutting and preparing ingredients. His foundation in Teochew cuisine ignited his passion for food and led him to pursue a professional culinary course at SHATEC where he learned about different types of cuisine. Upon graduation, he worked in a few restaurants. In 1998, Chef Eric decided to take over his family restaurant.

Chef Eric has garnered numerous accolades including three medals at FHA International Salon Culinaire Competitions held at the Food & Hotel Asia events in 1990s. In 1994, he won the Gold Medal in the Apprentice Competition. Subsequently in 1996 and 1998, he attained Silver Medals for his Norwegian Salmon dish and Five Course Menu Competitions. In 2012, he once again came up tops in Channel 8’s Simply Exquisite Chef Competition.

With such an impressive list of accolades, it is no wonder that Chef Eric’s creations at Chin Lee have received recognition from diners. 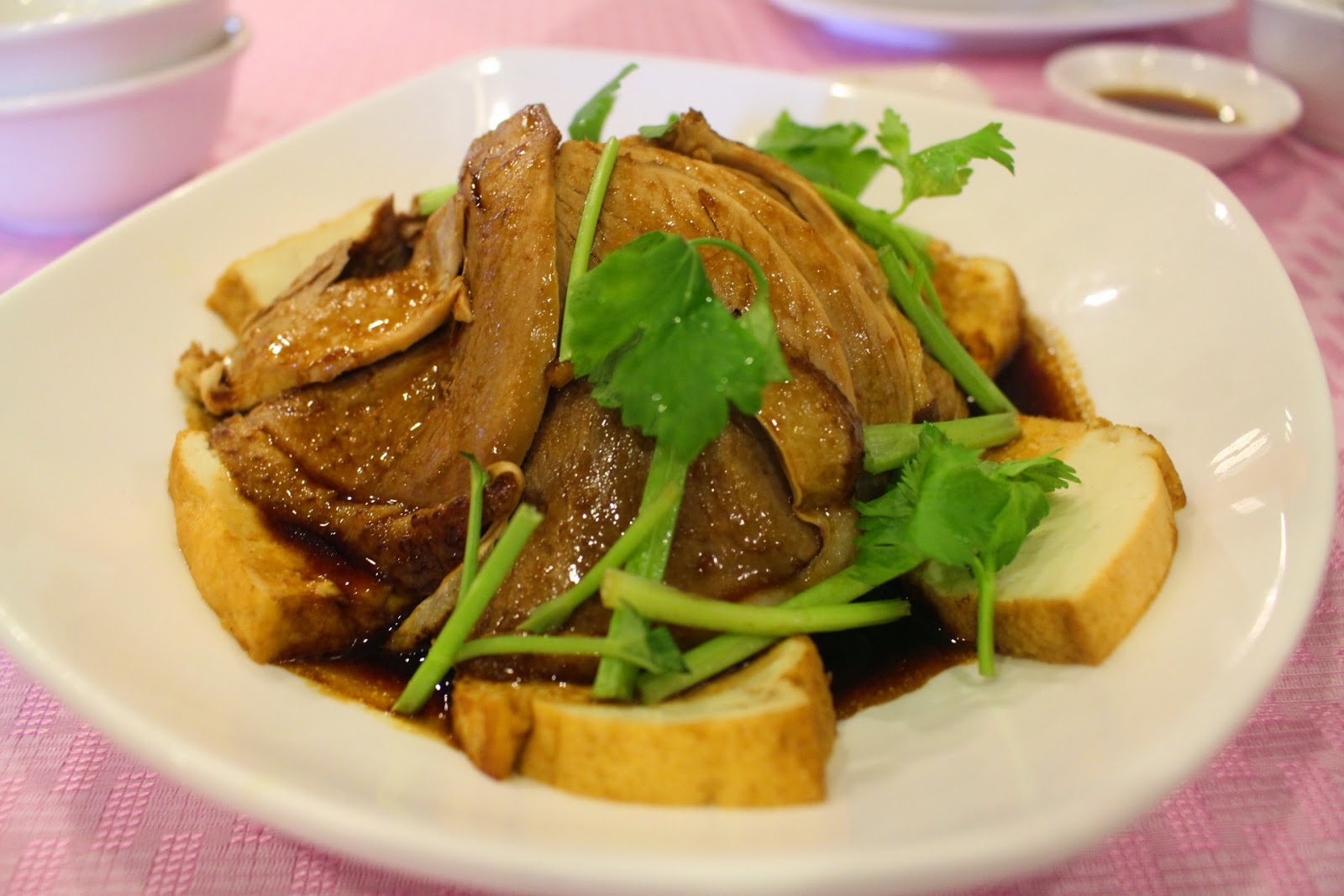 Last week was the first time I dined at the restaurant and I must say that I was pleasantly surprised by the quality of the food. My favourite dish was the Teochew braised duck ($12 -small . It was steeped in a flavourful dark soya sauce and served on a bed of silky beancurd. The sauce complemented well with rice. 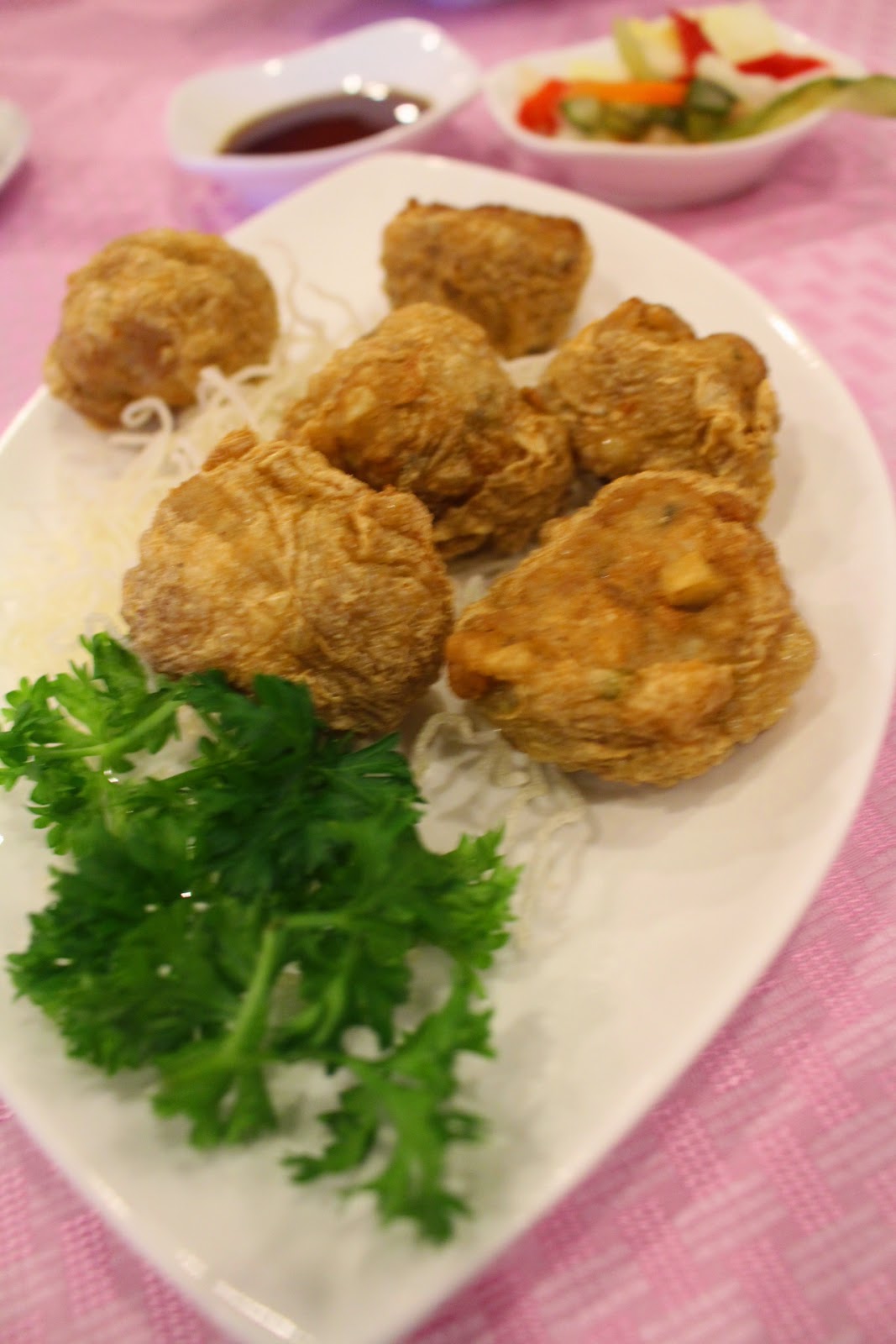 Another signature dish was the homemade Teochew prawn ball, otherwise known as hei zhou ($8 –small). It was deep-fried to perfection, crispy on the outside and crunchy inside. The ingredients inside consisted of diced prawns, minced meat and chestnut. The chestnut enhanced the taste and gave it the crunchy texture. Not a healthy dish, but it was simply irresistible. 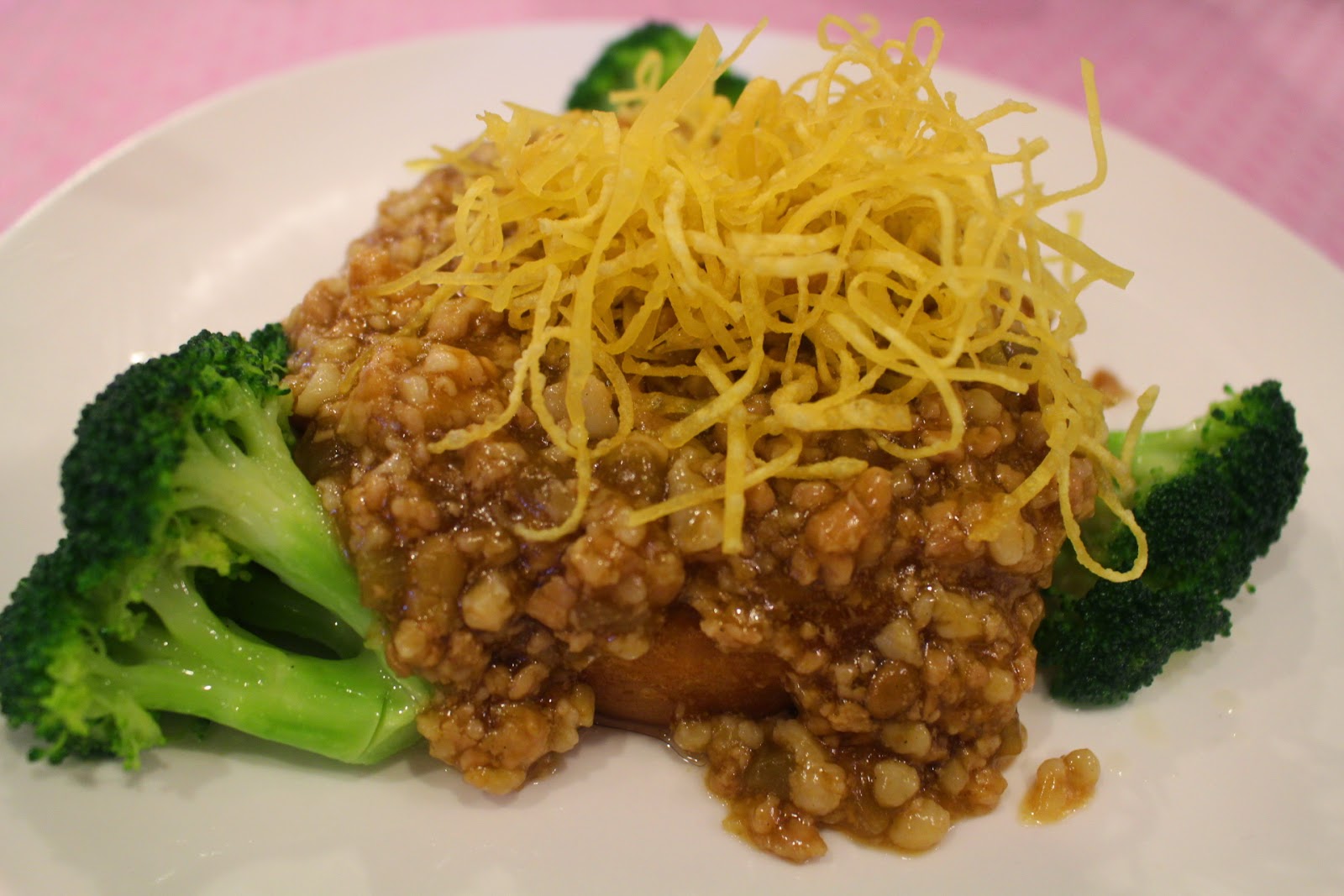 The homemade beancurd ($10) was delightful too. It was deep-fried and topped with tantalising minced pork and accompanied with broccoli. This is a very simple house speciality, but so perfectly executed. 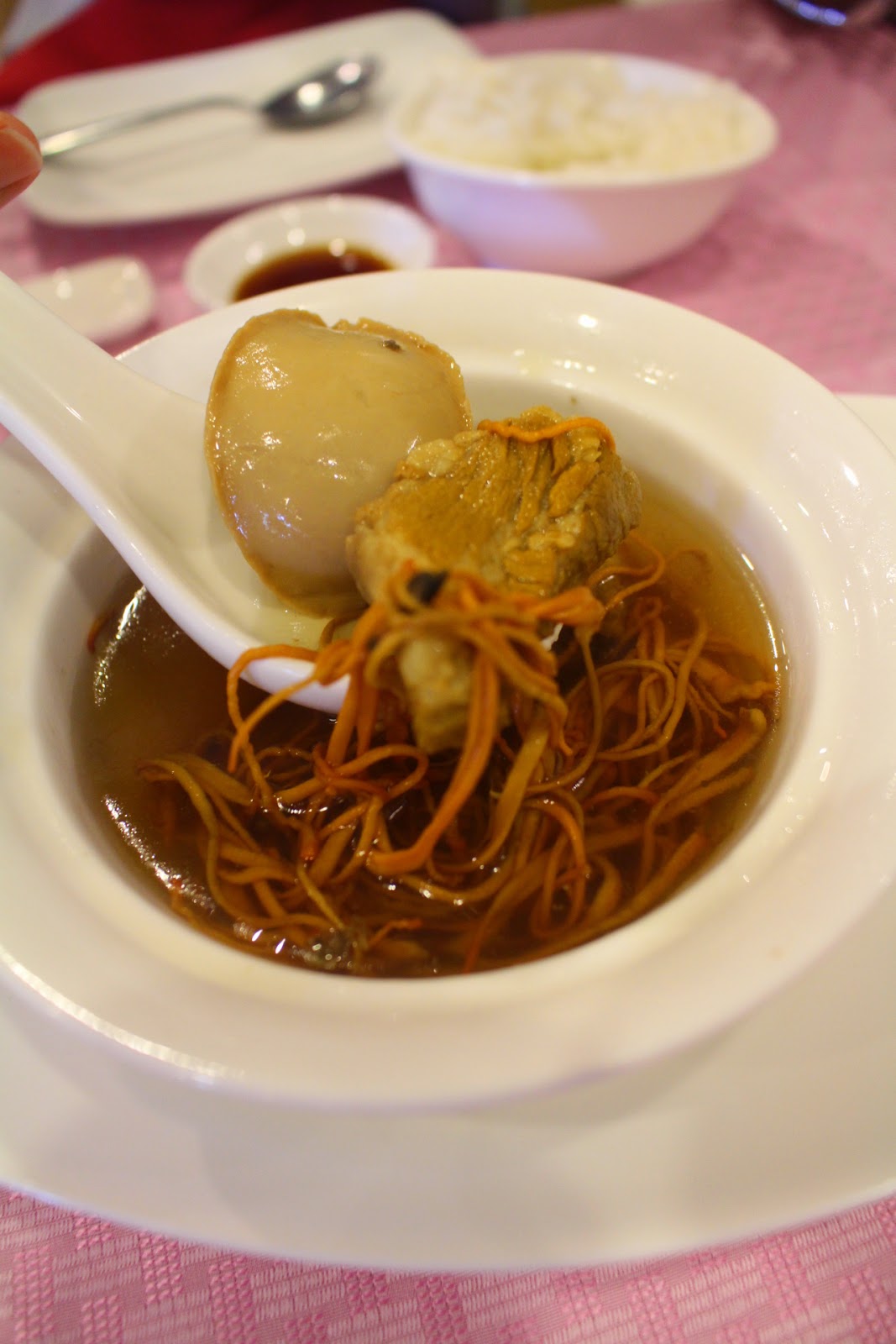 The soup of the day was the nourishing abalone and cordycep soup ($5 per person) which contained generous servings of Cordyceps. Cordyceps are believed to help to lower cholesterol, strengthen the immune system and prevent ageing. Other than the health benefits, the soup was extremely tasty and oozed heartiness in every mouthful. 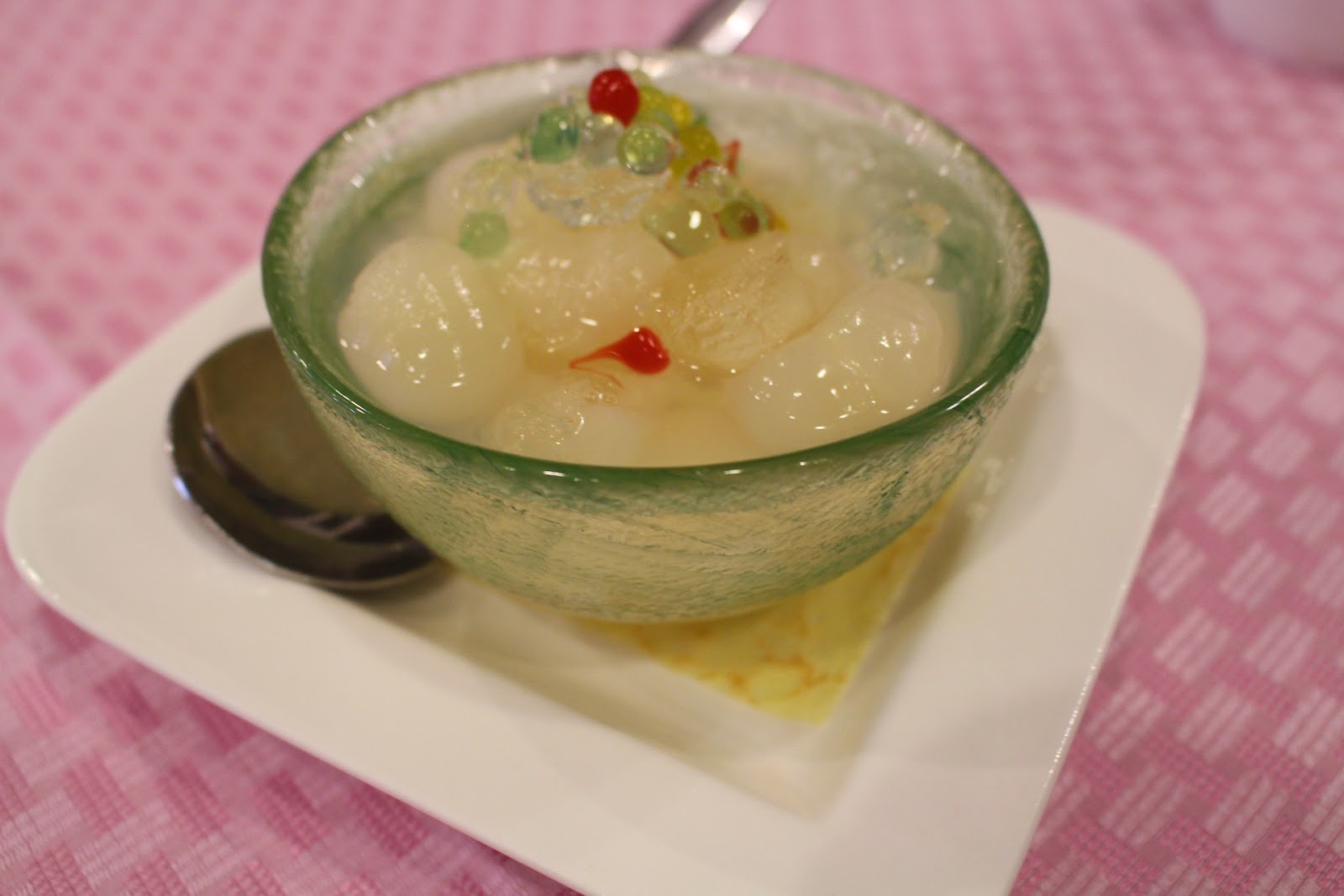 I ended my meal on a satisfying note with chilled longan served with beancurd ($2.50 per person). It was refreshing, light and helped to cleanse my palate after a lovely meal. 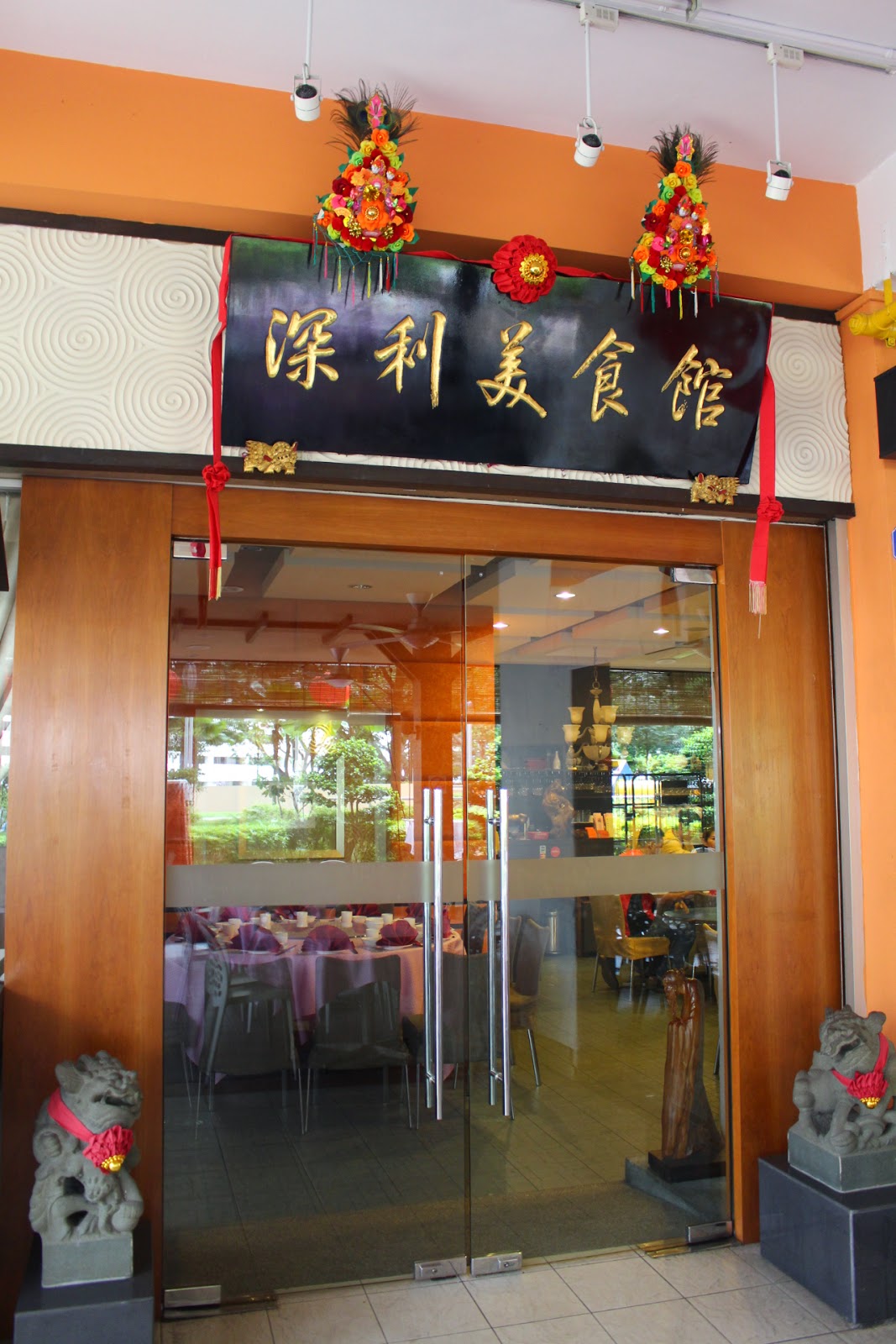 The entrance of Chin Lee Restaurant

Overall, Chin Lee Restaurant is an excellent restaurant for a gathering with family and friends. The restaurant offers authentic Teochew dishes at reasonable prices.