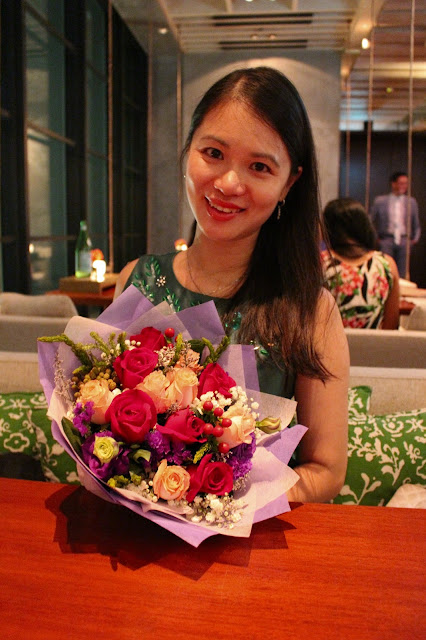 Basking in the relaxed, convivial setting

Adrift by David Myers offers an upbeat and enthralling dining experience in a convivial setting. The name ‘Adrift’ connotes to go with the flow, which is befitting of its relaxed, chic setting. 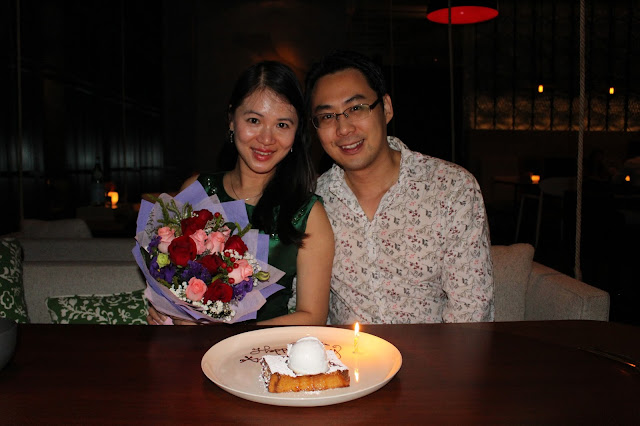 Hubby, Thomas and I celebrating our 5th wedding anniversary

The concept is started by celebrity chef, David Myers who hails from Boston. Other than Adrift at Marina Bay Sands, Chef David owns several restaurants in Japan. 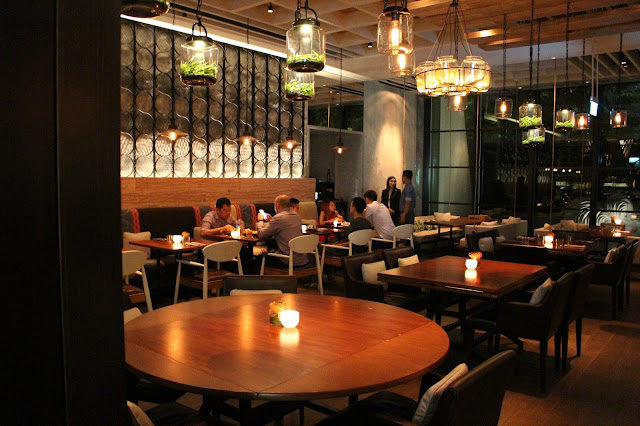 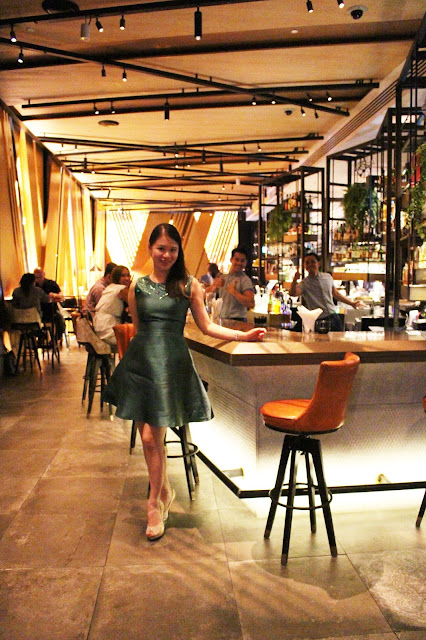 At the cocktail bar area

A vibrant take on the contemporary izakaya, the menu focuses on Californian produce with Asian influence. The cuisine is inspired by Chef David's culinary experiences and travels around the world. consisting of mainly of small plates, healthy salads, seafood and meats grilled over bincho charcoal on a traditional robata grill. You can also go for the Omakase dinner where the chef will curate a special menu for you with premium ingredients. 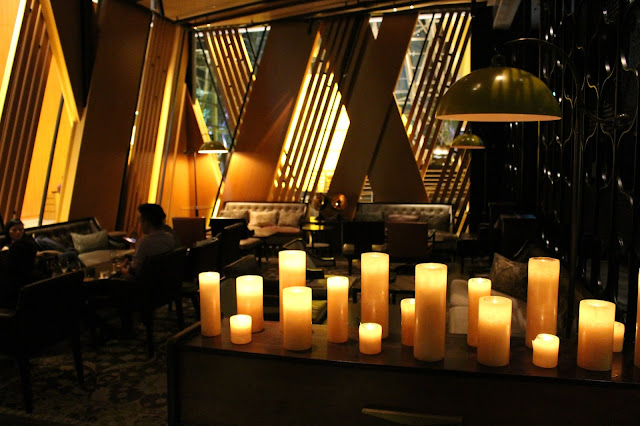 Another shot of the interior

My hubby and I were happy to celebrate our 5th anniversary at Adrift on 11 November 2016. We selected the Timeless set menu showcasing signature creations of Adrift. Service was excellent and every dish was flawlessly executed. 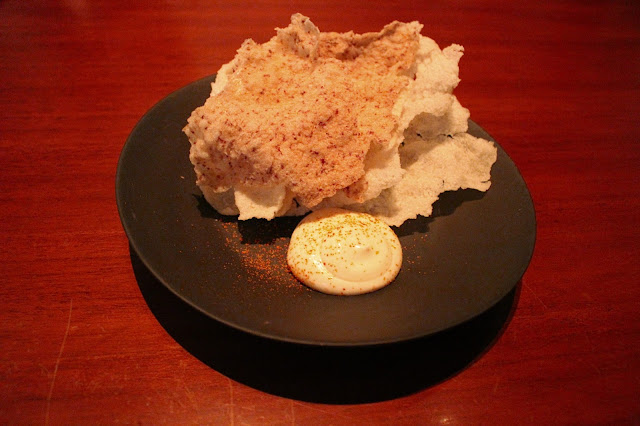 Before our meal started, rice crackers were served with yuzukosho aioli, a Japanese sauce made using chilli peppers, yuzu peel and salt. The crackers were very appetising and helped to pique our appetites prior to commencement of the dinner. 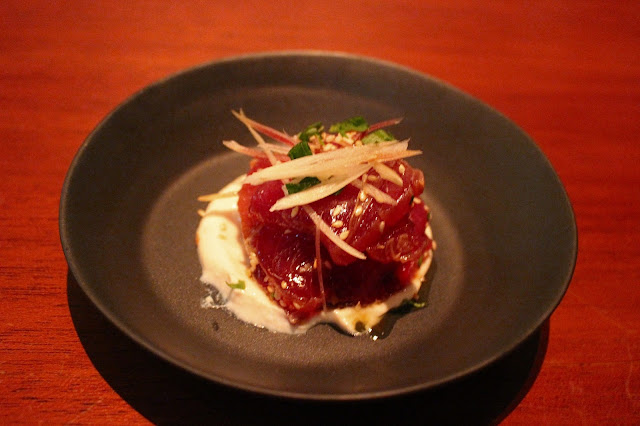 The first course was the Japanese big eye tuna sashimi which was enhanced with myoga (a type of Japanese ginger), sesame leaf and tofu purée. The sashimi was very fresh and the marriage of different flavours, created a burst of delight in every mouthful. 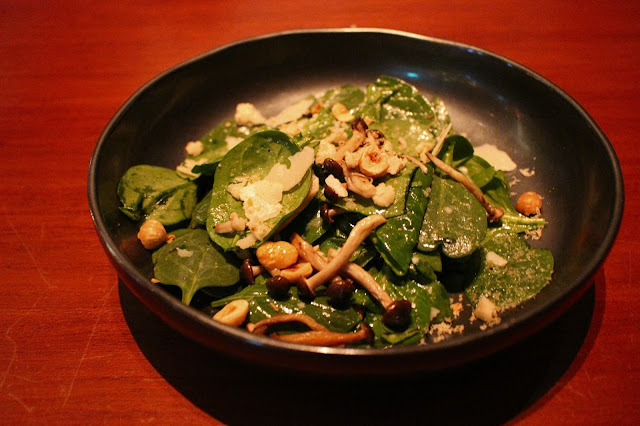 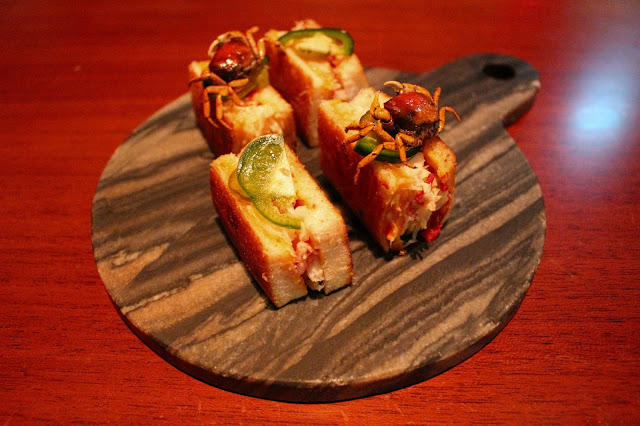 The king crab melt was the star dish for the evening. The tasty chunks of crabmeat and pimento cheese were sandwiched between crispy toast and topped with deep-fried Alaskan king crab. 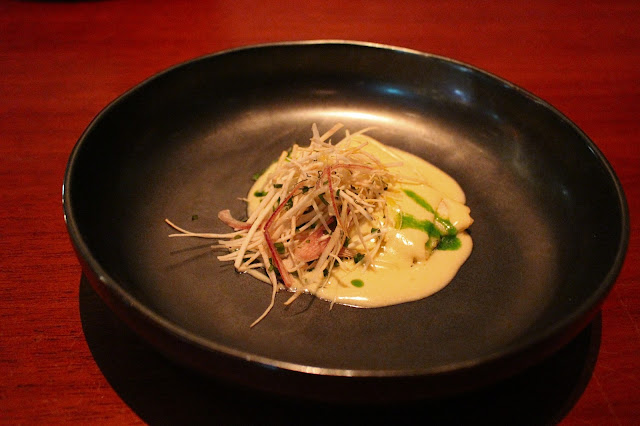 The suzuki fish was drizzled wth a rich lemongrass butter, imparting a familiar Thai flavour to the taste buds. The taste was quite intriguing although I think the preparation method would have tasted even better if seabass or halibut was used. 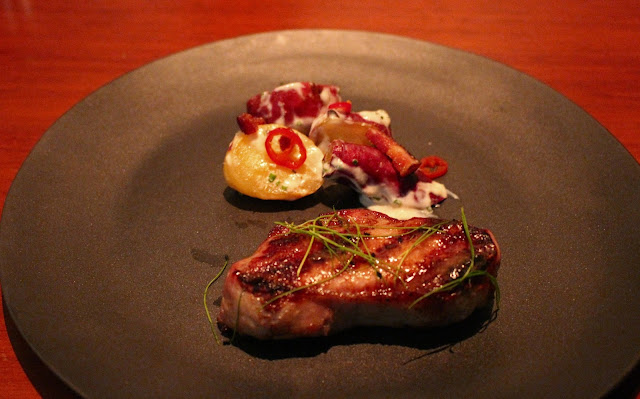 For the main course, we had the Iberican pork chop which was succulent and flavourful. The accompaniments, salted plum and sweet potatoes provided a contrast of sweet and savoury flavours. 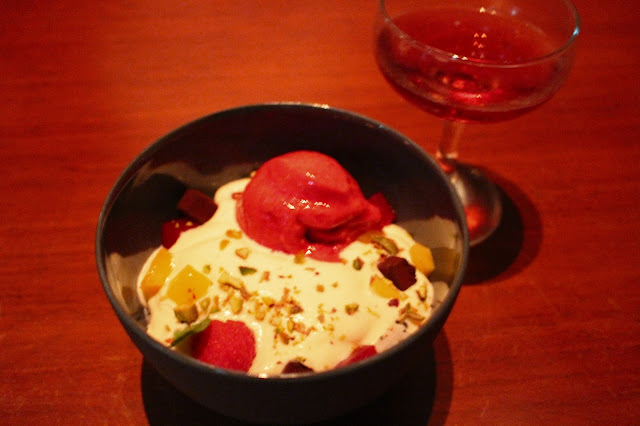 The dessert was a bowl filled with passion consisting of refreshing rose parfait with crunchy coco mochi and cool, zesty raspberry sorbet, refreshing our taste buds. The rose parfait was smooth and creamy with a subtle, gentle taste of rose, accentuated with the chewiness of the coco mochi. 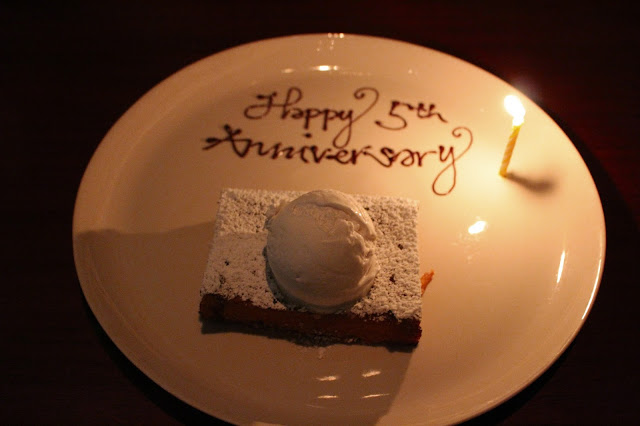 The finale dish for the evening was the French toast steeped in a rich, sinfully delicious caramel sauce. Coffee sauce was added to give it the extra flavour and oomph. This was our surprise anniversary dessert which was presented by the Adrift team. A complimentary glass of sparkling rosé was also served to accompany our desserts. We were really impressed with the thoughtfulness of the service staff. 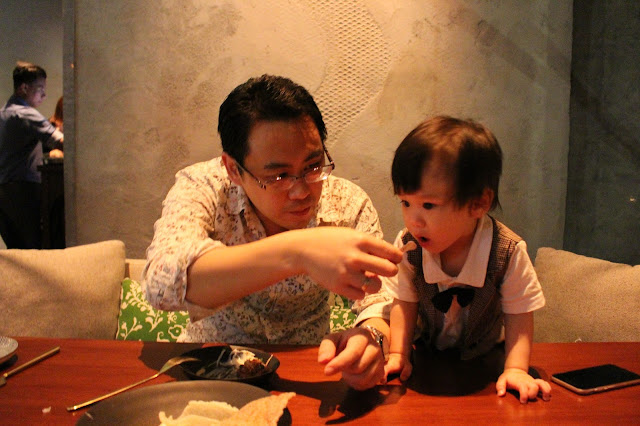 Overall, our dining experience was fantastic. Service was top-notch and food was an interesting mix of hearty ingredients, showcasing the culinary dexterity of the culinary team. Thank you to General Manager, Gibran, wine sommelier, Dean and staff April and Chris for making our evening such a memorable one. 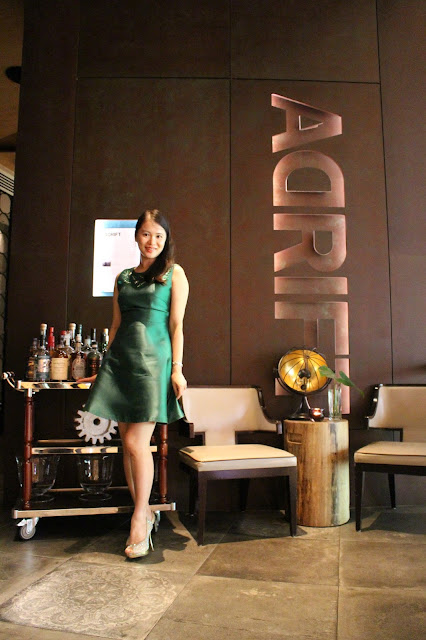 Adrift by David Myers is located at Marina Bay Sands Hotel Lobby, Tower 2. The restaurant is open from 12pm to 2.30pm on Monday to Friday and from 6pm to 12pm on Sunday to Thursday and 6pm to 1am on Friday and Saturday. The Timeless Set Menu is priced at $88++ per person.